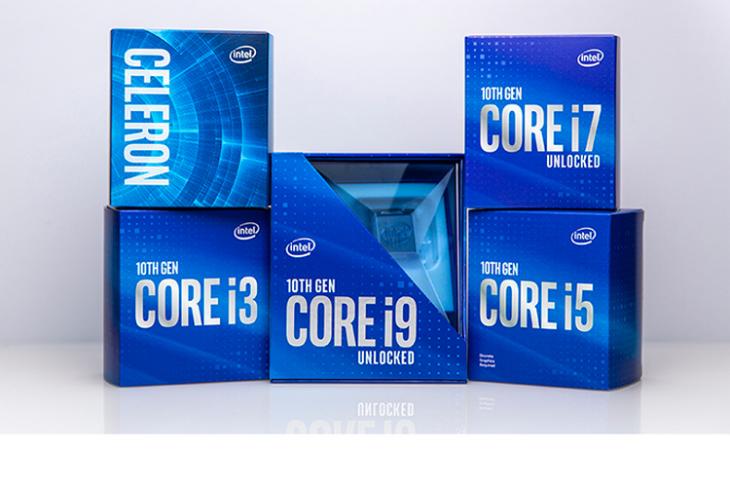 Having announced its Comet Lake laptop CPUs late last year, Intel on Thursday unveiled its 10th-generation Core processor lineup for desktop computers. There are 32 new processors in the lineup, starting with Celeron and Pentium Gold at the entry-level and going right up to Core i9 chips at the top-end. Based on the ‘Skylake’ microarchitecture and built on Intel’s 14++nm process, the chips go up to 10 cores and offer single-core turbo speeds of up to 5.3 GHz.

Certain models, like the Core i9-10900, come with unlocked ‘K’ variants, while some also have additional ‘F’ versions without integrated graphics and slightly lower price-tags. The Core i9 and i7 chips all support dual channel DDR4-2933 RAM, while the rest of the chips only support up to DDR4-2666. The unlocked ‘K’ CPUs will be available for purchase from this month, but there’s no immediate word on when the other chips will officially launched.