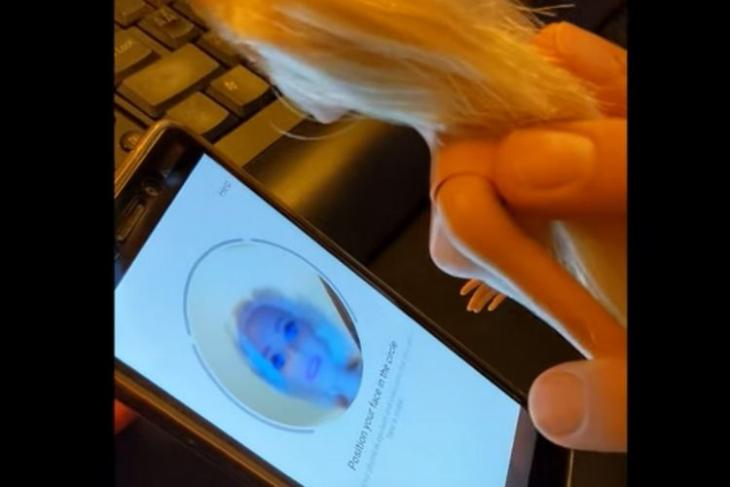 Instagram recently introduced a video selfie verification system to detect spam and fake users. Turns out, the system isn’t that good at its job as it can easily be fooled by a lifeless doll. In a video currently making the rounds, it is seen how Instagram’s new verification process couldn’t detect that it was scanning a Barbie doll and not a real person. Let’s get into the details to know more.

The YouTube video shared by Alexander Chalkidis showcases how he used a Barbie doll for the video selfie verification process. Chalkidis is seen moving the doll in all four directions to get done with the process, much like how it is expected. Weirdly, the process was successfully completed without any issues. You can watch the video below to see for yourself.

To remind you, the new video selfie feature is meant for new users to verify themselves by creating a short selfie video. The AI algorithms are then expected to figure out if it is a real person involved in the process. Unfortunately, that’s the one job this system failed to do.

For those who don’t know, it isn’t the first time Instagram’s selfie video verification has been in troubled waters and it ain’t new either. The system was introduced last year but as several complaints regarding its failed working popped up, Instagram decided to eventually take it down. It seems like the feature still has a long way to go before it can be fully trusted.

Instagram is yet to comment on this and it remains to be seen how this situation is handled. There are chances that Instagram might roll out an update to improve the feature or remove it completely until it becomes perfect.

To recall, this is pretty much similar to how facial recognition systems on phones have been fooled in the past. Apple’s Face ID has been a victim a few times, among various Android phones. What are your thoughts on this? Share with us in the comments below.