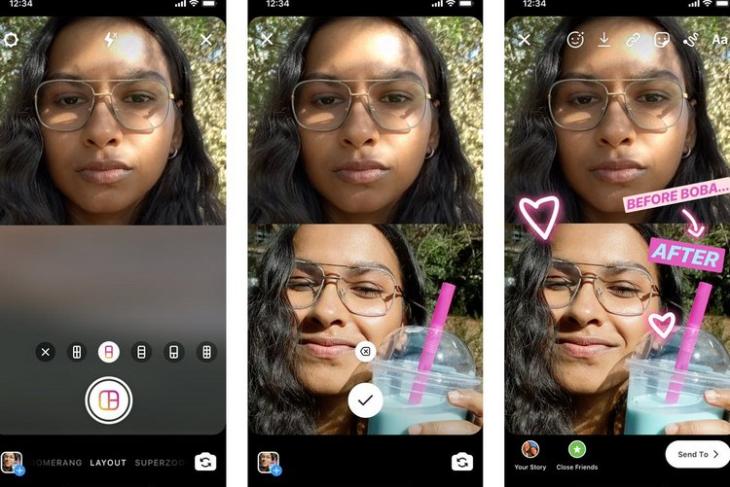 Instagram has started rolling out a new feature called Layout that will  let users include multiple photos in a single Story. Announced via a tweet a few hours earlier, the feature will be a part of Instagram Stories and, will enable users to post between two to six images in a grid to convey their message.

Strike a pose. And another pose. And then another. 📸

With Layout, you can now capture and share multiple photos in your story — a new, creative way to express yourself. Check it out! pic.twitter.com/j02aYOjsoO

The option, which will be nestled within the main camera software of Instagram, is being rolled out globally, so it should reach all users in the coming days. While there are already a whole host of third-party story-editing apps that offer similar features, it is still expected to be popular among users, given that it will be the native option that will end the need for additional apps.

Layout is just the latest feature that Instagram has rolled out to Stories in recent times. One of the most notable new features is its integration with Facebook Dating, giving users the ability to transfer their Stories into their Dating profile. It is also testing a TikTok-like feature called ‘Reels‘, as well as a ‘Create’ mode inspired by Snapchat.

Alongside all the new features, the Facebook-owned platform has also been rolling out new safety measures that it believes will protect children from online bullying and inappropriate content. One such change is that it will now require all new users to declare their birthdates when creating an account on the platform. It has also announced a new feature to help users control who can send them direct messages on Instagram.