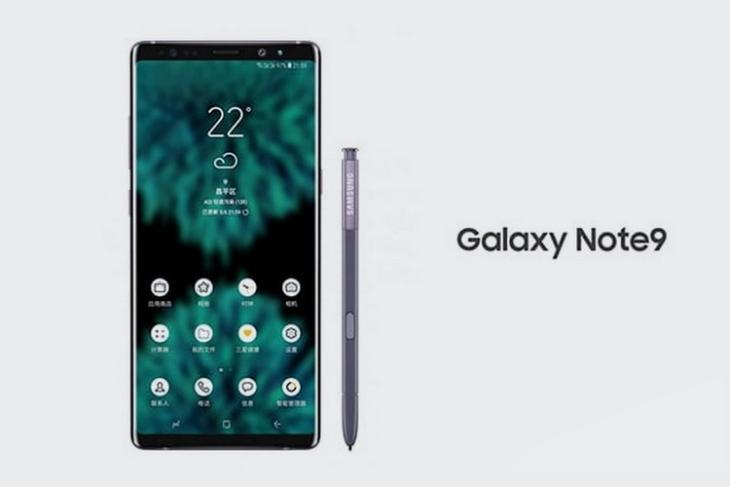 Samsung has confirmed that the Galaxy Note 9 will be unveiled in New York on August 9. Both the press invite and the teaser video was the focus on the S Pen, which is reportedly going to get some major upgrades in the form of advanced controls.

Noted tipster @IceUniverse says the Galaxy Note 9’s S Pen will have Bluetooth support and this means that the stylus can be used to do much more than writing and sketching.

The Galaxy Note9 SPen can be used to control long-range self-timer, control music playback, because it is a Bluetooth device, it will do something unrelated to the pen. pic.twitter.com/WPS83xUskq

As per a recent tweet, the S Pen could be used as a long-range timer for the camera and can also be used for music playback control, which is certainly a neat feature. We would not be surprised if additional functionality is baked into this hardware button, such as Bixby-related functions or other nifty features.

Some reports claim that the new S Pen, which is set to receive its ‘biggest upgrade ever’, will offer some gameplay features and might even double as a Bluetooth speaker. Back in January, a Samsung patent revealed that the company is working on more advanced S Pen controls for its Note flagship.

There is also a chance that the upgraded S Pen might also come with some Bixby smarts, whose upgraded version called Bixby 2.0 is set to be announced alongside the Galaxy Note 9. At this point, it seems that the Galaxy Note 9’s S Pen will be the smartest iteration of Samsung’s stylus and will certainly give the Note flagship an edge over its rivals.