When it comes to hype and excitement surrounding new smartphone launches, the reveals of Samsung’s Galaxy Android flagships rule the roost. And at its Unpacked 2016 event during the recently wrapped up Mobile World Congress in Barcelona, Spain, Samsung introduced not only the Galaxy S7 to the world, but also its dual-edged curved screen toting brother, the Galaxy S7 Edge.

The Galaxy S7 Edge is arguably the best Android smartphone that you can get right now (even better than the regular Galaxy S7). It packs in the latest and greatest in mobile hardware/software, and of course, then there’s the gorgeous dual-edged curved screen, its signature feature. Unsurprisingly, it also commands quite an asking price. So if you’ve already pre-ordered one, it makes all the sense to get a case or cover to protect it.

And that’s what we’re here to help you with. So let’s not beat around the bush anymore, and check out 12 of the best Samsung Galaxy S7 Edge cases and covers available out there. Here they go! 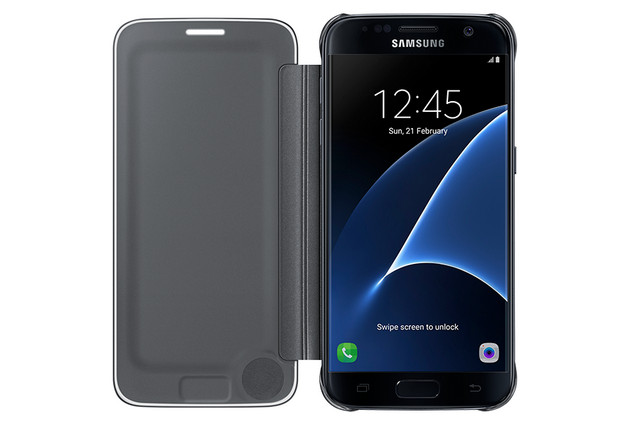 Official accessories are generally preferred, as they offer maximum compatibility with the devices, and overall better quality. And the Samsung S-View Flip cover is just that. The lightweight cover is truly unique, as it lets you access key phone features (e.g. answering/rejecting calls, acting on notifications), even when the cover is closed. Not only that, the cover makes it possible to preview expandable messages, access settings etc. by just swiping on the front folio. It’s made up of hard plastic, has an easy snap-on design, and is available in three colors.

Where to buy: Samsung.com 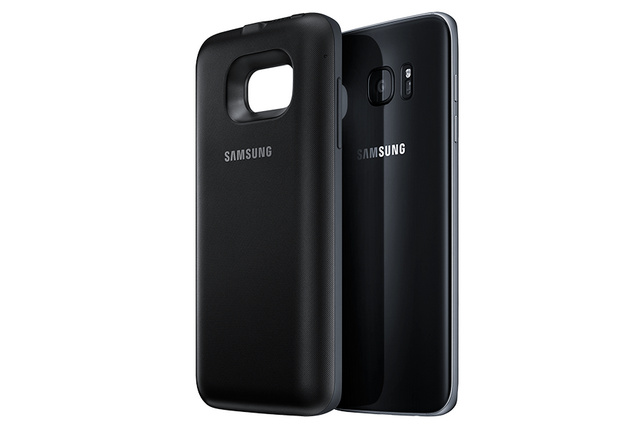 Despite not being a case, the Samsung Wireless Charging Battery Pack snaps on to the back of your Galaxy S7 Edge exactly like one. The battery pack includes a 3400 mAh battery, which charges the Galaxy S7 Edge’s battery (via Qi Inductive Charging) when the pack is attached to the phone. Not only that, it also supports “pass-through charging”, so if you charge the battery pack from a power outlet, when the S7 Edge is attached to it, the phone’s battery will be wirelessly charged first, followed by the pack’s battery. There’s even a four level LED battery status indicator, to see the battery charge left.

Where to buy: Samsung.com 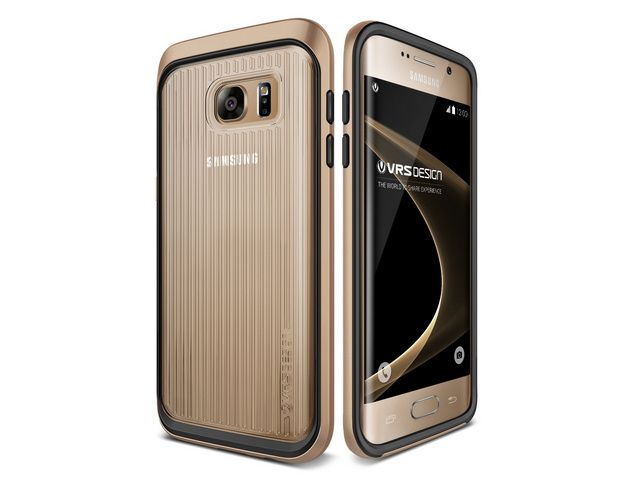 The VRS Design Triple Mixx Case affords robust protection to the Galaxy S7 Edge, and looks good while doing so as well, thanks to a clear, patterned back. It’s fabricated from two impact resistant layers, with one made from Thermoplastic Polyurethane (TPU), and other from Poly Carbonate. The case fully covers the device (apart from the screen), and features raised edges to protect the screen from scratches and falls. There are numerous colors to choose from, such as Shine Gold and Satin Silver. 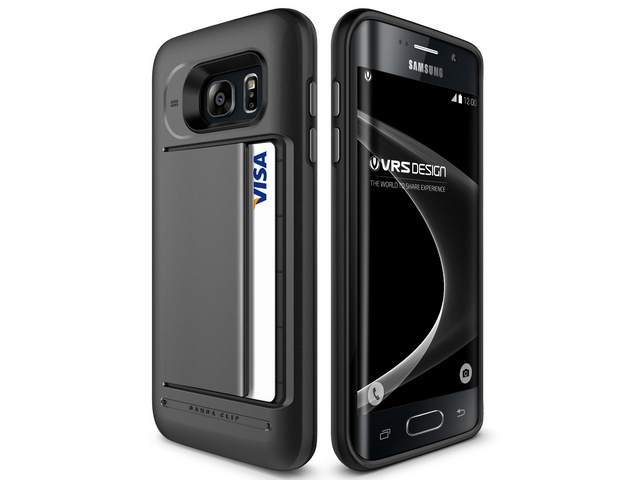 As the name pretty much gives it away, the highlight feature of the VRS Design Case With Card Holder is the card slot built into it, that lets you carry up to two IDs, debit/credit cards, and even money, with the case. But apart from that, it’s a pretty sturdy case, and made up of TPU and Poly Carbonate impact absorbing layers. The case fits the Galaxy S7 Edge perfectly, and features precise cutouts for easy access to all the buttons and ports on the phone. 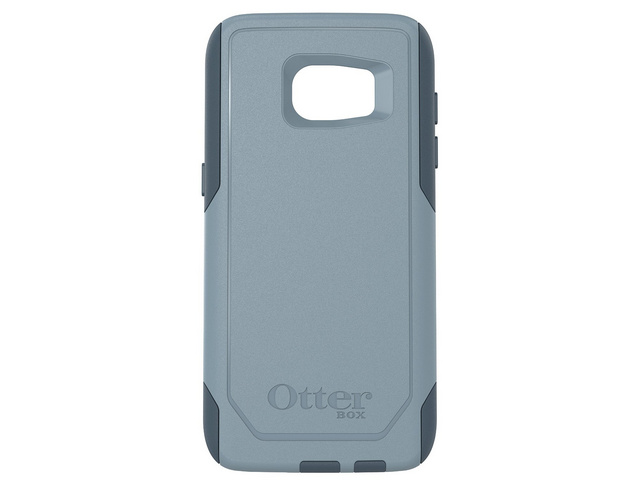 Coming from one of the most well known makers of rugged smartphone cases, the Otterbox Commuter Series Case provides tough protection to your Galaxy S7 Edge. The lightweight (just about 1.8 ounces) case has a two piece construction, and shields the phone against all kinds of bumps, falls, and shocks. It also comes with port covers to block the entry of dust and debris into the device. The one year Otterbox warranty makes it a no-brainer choice, and there are even a handful of funky colors to choose from. 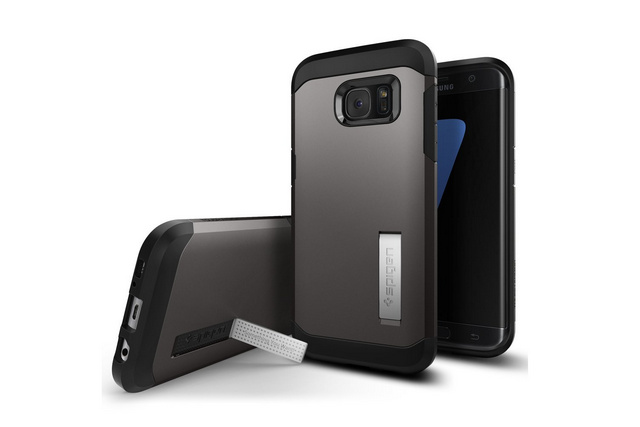 The Spigen Tough Armor Extreme Protection Case does its name (which is quite a mouthful) full justice. Its inner layer is made up of shock absorbing TPU material, while exterior is built from Poly Carbonate. It sports Air Cushion technology, complete with military grade drop protection (confirming to MIL-STD 810G 516.6 standard). Not only that, the large port cutouts let you use the Galaxy S7 Edge with nearly all kinds of cables. Oh, and did we mention the built-in kickstand that you can use for effortless media consumption? 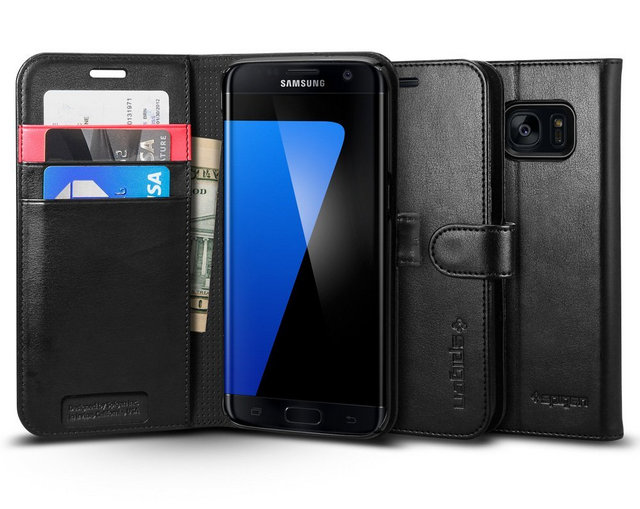 If you’re on the lookout for a case that provides the best overall protection to your Galaxy S7 Edge, the Spigen Premium Wallet Case is definitely worth considering. Made of premium Synthetic Leather and Poly Carbonate, the case has card slots for carrying up to three IDs, credit/debit cards, and a money pocket. The inner side of the flip cover features a buffer that prevents accidental contact with the Galaxy S7 Edge’s home button, and the reversible magnetic clip holds the two sides securely when closed. The cover can also double up as a kickstand.

Want a similar wallet case, but in a bit funkier design? Do take a look at the VRS Design Leather Wallet Case. 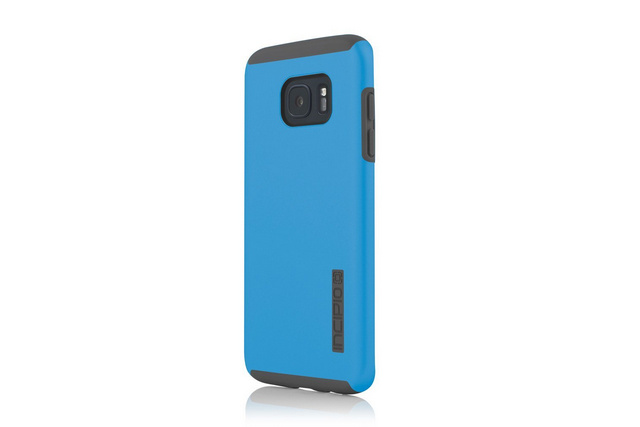 Not a fan of thick and heavy smartphone cases? The Incipio Hybrid Case is just the thing for you. At just about 0.5 inches thick, it fits the Galaxy S7 Edge like a second skin. But don’t let the thin profile fool you. The case has an outer shell made from rigid Plextonium Poly Carbonate for the best protection against scratches and impacts, while the inner core is made from dLAST TPE that’s resistant to stretching and tearing. And there are a variety of hues that you can choose from (The Teal/Gray is our favorite). 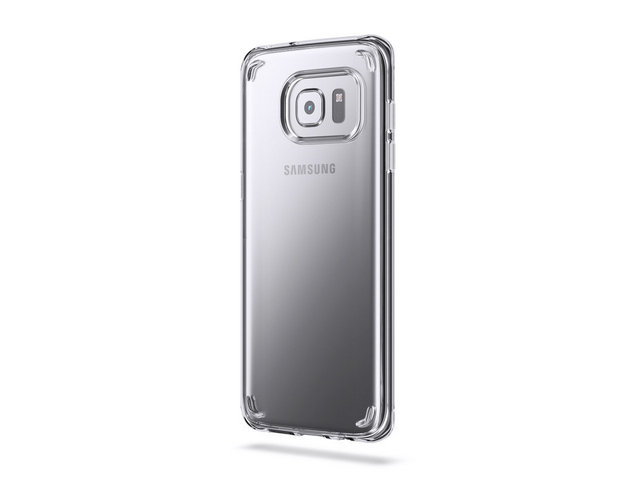 If the idea of hiding away your Galaxy S7 Edge’s gorgeous exterior in a case seems preposterous to you, the Griffin Reveal Clear Case is just the perfect solution. Thanks to the clear & transparent Poly Carbonate material it’s made from, the ultra thin case provides solid protection to the Galaxy S7 Edge without hiding its exterior design. The case fits the Galaxy S7 Edge snugly, and is backed by a one year warranty. 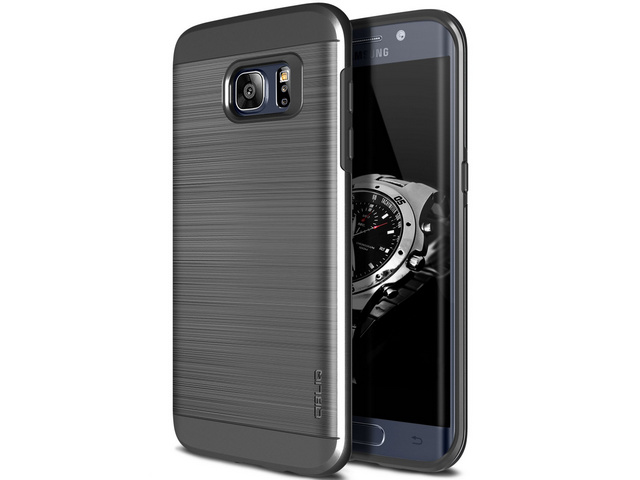 Smartphone cases can be robust and stunning looking both at the same time, and the Obliq Slim Metal Case is a fitting example. Having a back done in brushed metal finish, it’s quite a looker. But there’s more to the Obliq Slim Metal Case than that. The dual layer case is made up of strong TPU and Poly Carbonate, and has precise cutouts for conveniently accessing all the ports/buttons on the Galaxy S7 Edge. Not just that, the inner layer has a shock absorbing pattern. The case is designed in USA, and manufactured in Korea, so you can expect really great quality. 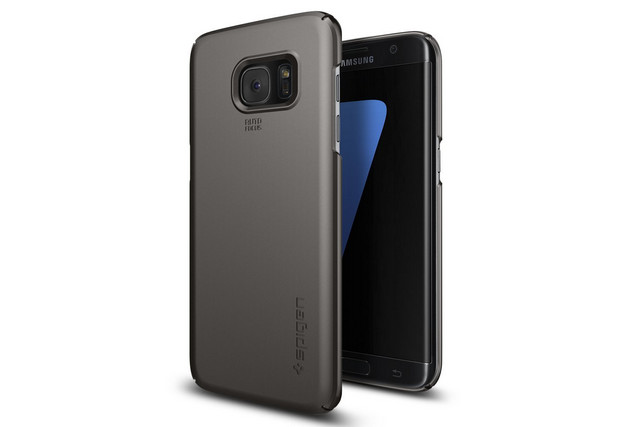 The Spigen Thin Fit Case is so thin and lightweight, it’s hardly noticeable when it’s snapped on to the Galaxy S7 Edge. This makes it perfect for users who only want the bare-minimum protection for the Galaxy S7 Edge. The case is made from premium Poly Carbonate, and has a soft, matte finish. What’s most interesting about the Spigen Thin Fit Case is that it leaves the buttons and port openings fully exposed, thus allowing much easier access to them. 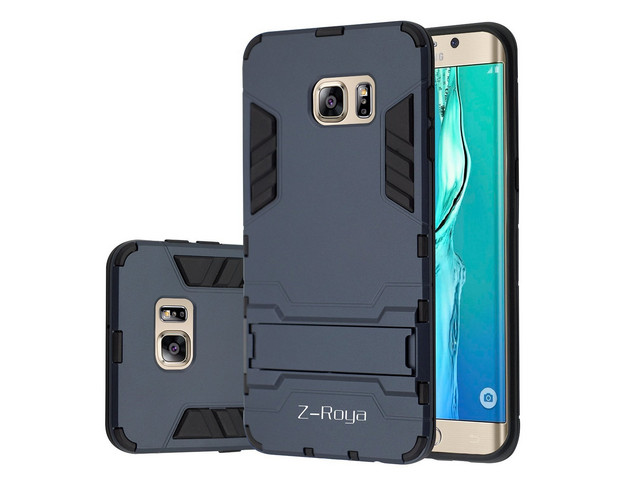 Thanks to its rugged yet incredible design, the Z-Roya Hybrid Armor Case lends a uniquely tough appearance to the Galaxy S7 Edge. The case is made of two layers, with one made of TPU, and the other fabricated from Poly Carbonate, thus offering superb protection against bumps and drops. There is a built-in kickstand that you can use to prop up the device. And the fact that you get a Microfiber Cleaning Cloth and HD screen protector with the case, makes it an even better deal.

As impressive and powerful the Samsung Galaxy S7 Edge is, it’s still a delicate device that needs protection from accidental bumps, drops, and other kinds of damage. And the cases and covers discussed above do just that. So which one(s) will you be getting for your Galaxy S7 Edge? Shout out in the comments below.