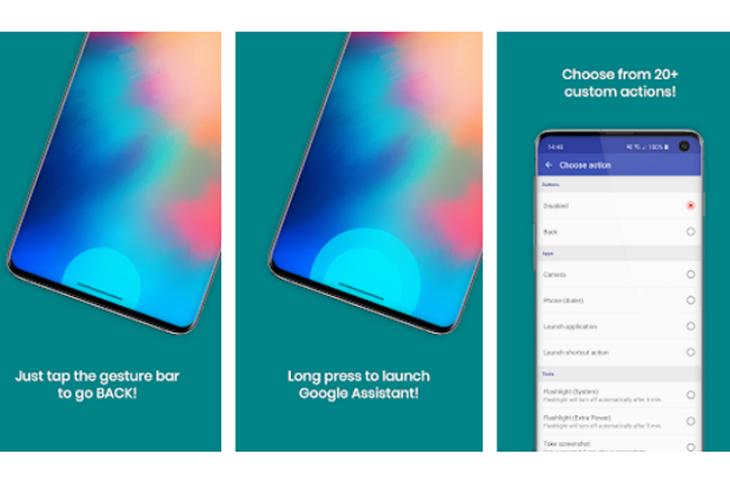 With gesturePlus, you get the extra customization features that you always wanted. The app lets you set a variety of actions when you press or long-press the navigation bar. By default, the app performs a back gesture when you tap on the navbar. You can also separately define single and long-press actions for the lock screen.

You have the flexibility to choose to open an app or perform a shortcut action of your choice whenever you tap on the navigation bar. You can even set the navigation bar to trigger Google Assistant, which might come in handy.

What’s more, the app lets you toggle the gesture sensitivity and long-press trigger duration. You can also choose to get a vibration whenever the long-press gesture is triggered.

It is worth noting that you’re limited to single press actions in the free version of the app. The pro version costs Rs. 150 and unlocks a few other features including the ability to turn the screen off, toggling split-screen, peek actions, taking a screenshot and more.

If you have a Samsung device, you can disable the default back navigation gesture. However, do note that it requires running an ADB command given below.

Check out the app from the link below and let us know if you found this helpful in the comments.