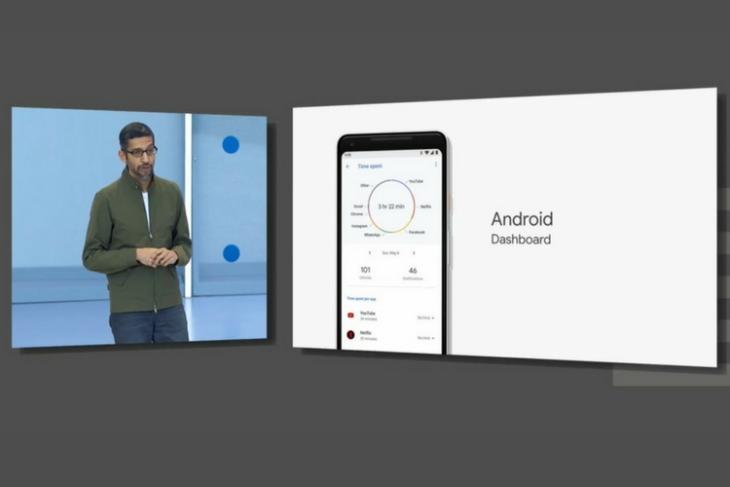 At Google I/O, the company’s CEO Sundar Pichai announced a new feature called Android Dashboard, which is coming with Android P. The purpose of Android Dashboard is to help you manage your ‘Digital Wellbeing’ as Google calls it by making you aware of how much time you actually spend on your phone.

Essentially, Android Dashboard will let you see the several hours and minutes you spend on your smartphone, including the time spent on apps and services. In fact, it’ll even tell you things like how many times you’ve unlocked your phone, etc. 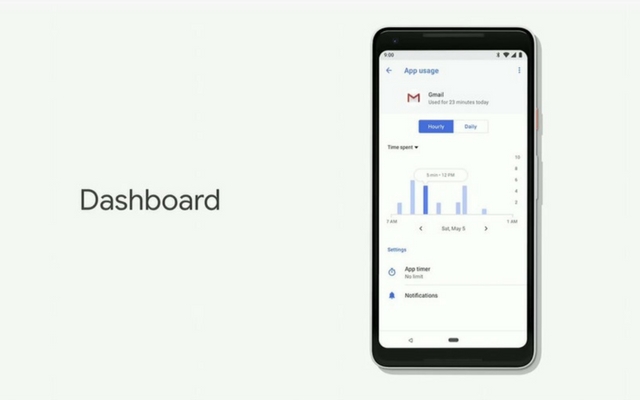 Another interesting thing about Android Dashboard is that the third-party developers will be able to “deep link” to the Dashboard from their apps and give you relevant stats about app usage. For instance, YouTube will notify you when you spend a lot of time watching videos, and the app will ask if you want to take a break.

If that’s not enough to pull you away from your phone, another feature called App Timers can help out further. With Android P, you will be able to set time limits for apps, which is something experts have called for, for a while. Apple is widely expected to roll out such a feature with the new iOS. In Android P, Google will make it less easier to use an app once the set time limit expires. For example, the icon of the app will be grayed out for the rest of the day so you are less likely to tap on it. 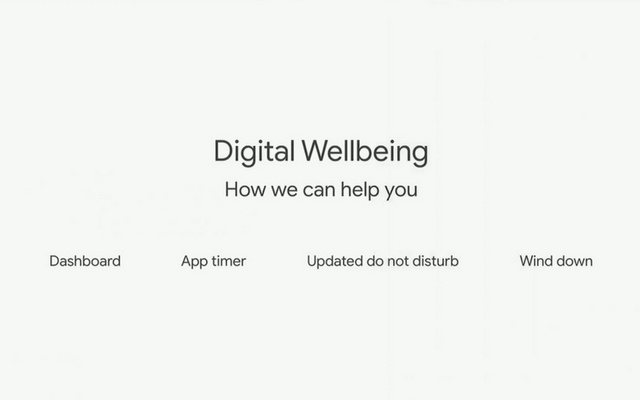 Google has also introduced Shush. All you have to do is place your phone with the screen down, and the device will automatically enter DND mode, i.e., mute sound notifications and vibrations.

And lastly, there’s also a new Wind Down Mode. Once you set a time for the Wind Down Mode or tell the Assistant that you want to go to sleep, your phone will enter DND mode, and the screen will gradually turn monochrome to help you tune out and doze off.

All in all Android P seems to be geared towards making you reconsider your relationship with your phone. Is your phone habit too harmful and getting in the way of family and quality conversations? If so, Android P may have the answer for you.