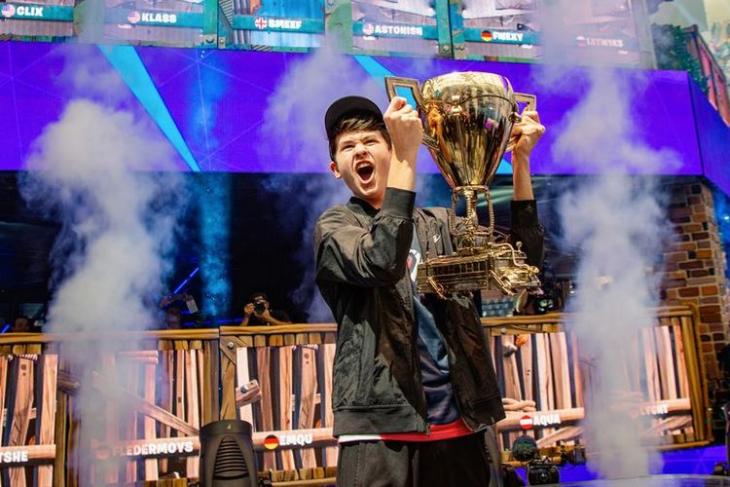 An American teenager has become the first-ever world champion in Fortnite, winning a record $3m (around Rs. 20 crores) in the process. Kyle ‘Bugha’ Giersdorf, 16, won the solo event of the competition, hosted by Epic Games in the Arthur Ashe Stadium in New York on Sunday. After earning his massive paycheck, the young Pennsylvania resident was at a loss of words, saying: “Words can’t really explain it. I’m so happy. Everything I’ve done in the grind has all paid off and it’s just insane”.

The overall prize money offered at the tournament was $30 million, making it one the largest in e-sports history and, ensuring massive paydays for all the players involved. Each of the 100 competitors received at least $50,000, with four of them taking home more than $1 million apiece.

As pointed out by Engadget, the $30 million prize pool matched that of the recently-concluded FIFA Women’s World Cup and, is also almost 50 percent bigger than what Tiger Woods earned for winning the Masters last April. It’s also almost as much as what the winners of the US Open tennis tournament will receive this year. While Woods won $2.07 million, the US Open (men’s and women’s) singles champions will receive $3.85 million apiece.

Fortnite is the largest battle royale game in the world, comfortably ahead of its closest competitor, PUBG. While the game has more than 200 million players worldwide, its popularity has been dwindling in recent times, which is what this tournament was expected to reverse. Only time will tell whether it has been able to do that, but there’s no doubt that the massive publicity generated by Giersdorf’s victory can only do wonders for the game going forward.