Skip to content
Home News Reliance JioGigaFiber Launch on August 15: All You Need to Know 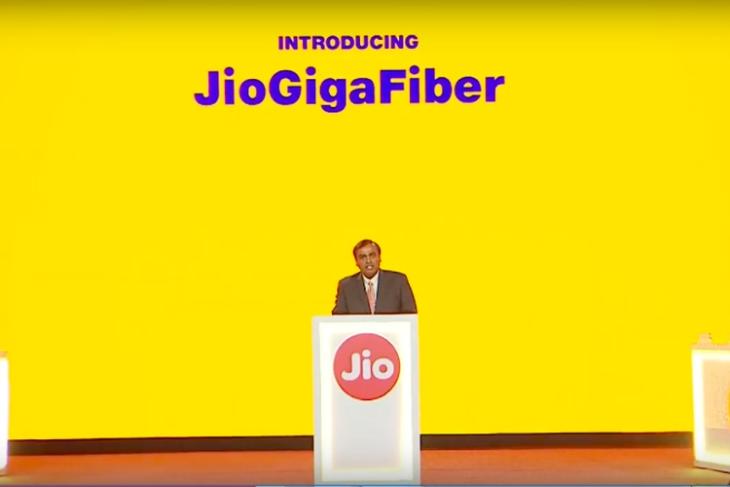 After revolutionizing the wireless sector in India with its affordably-priced prepaid plans, Reliance Jio is all set to do the same in the fixed-line broadband segment in the country. At its 41st AGM last month, Jio’s parent company, Reliance Industries, had announced that registrations for the much talked-about GigaFiber service will officially commence on August 15 on the MyJio app and the Jio website.

According to Reliance, the roll-out will be done on a priority basis, with locations clocking the maximum number of registrations getting it first. Commercial roll-out will reportedly be around November this year, in time for the festive season. “At Jio, we are determined to take India to be among the top-5 in broadband connectivity, both for mobility as well as fiber-based wireline connectivity”, said CEO Mukesh Ambani at the event.

While much of the details are still under wraps, the company did reveal a few of the details about its upcoming service, which will be enabled through the ‘Jio GigaRouter’ that Reliance claims will offer ‘wall-to-wall high-speed WiFi coverage’, connecting not only PCs and smartphones, but also IoT devices including, but not limited to, smart home appliances, webcams, smart locks, etc. 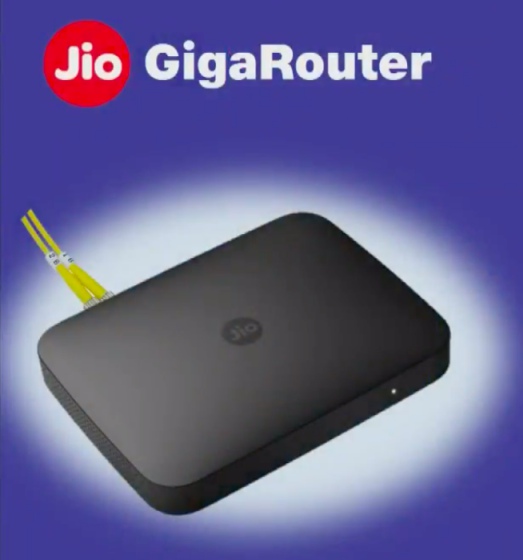 With its GigaFiber broadband, Jio reportedly plans to bundle a set-top-box for Jio GigaTV that could turn standard smart TVs into a communication and entertainment hubs for the entire family. Jio is promising triple-play features with voice calls also thrown in for good measure. Some of the additional features are said to include multi-party video conferencing, virtual reality gaming, digital shopping and a lot more.

The STB will also reportedly have support for voice commands through a Jio smart remote and a digital assistant. The ‘Jio GigaTV‘ set-top box will provide access to over 600 TV channels, millions of songs and movies with even 4K video content thrown into the mix, Reliance announced. 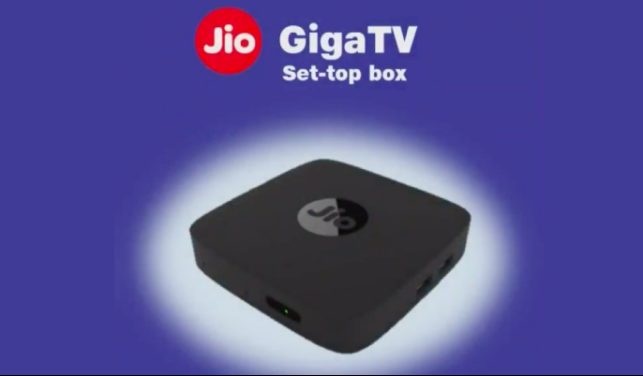 While the company has not revealed any details about the plans or the pricing, reports suggest there will be a number of different tiers on offer, starting at Rs. 500 per month for 300GB data at 50Mbps. There’s no word on how much the Gigabit plan(s) will cost, but according to leaks, there will be a bunch of other plans as well, going up to Rs. 1,500 for a 150Mbps connection.

Note: All of the above plans are rumored to come with 30-day validity.