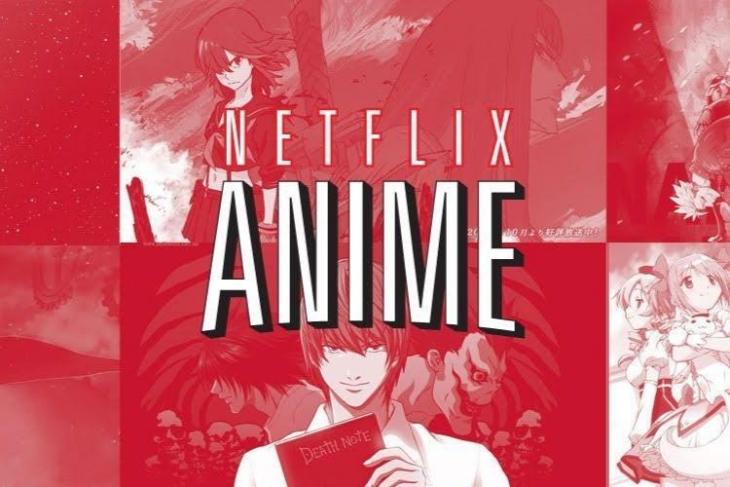 Although Netflix has a massive library of content for every kind of viewer, it has a special place for anime fans as it contains a ton of popular anime shows such as Castlevania and Death Note. The streaming giant is now planning to expand its anime library by releasing an array of new anime-based series and movies on its platform in the coming days. So, here’s a list of the anime series and films coming soon to Netflix.

Below is an interactive table of content containing the upcoming Netflix anime series and movies.

Gundam fans will be pleased to know that Netflix is bringing back the classic mech franchise with the release of Mobile Suit Gundam Hathaway. It will follow the story of Hathaway Noa, leading an insurgency against the “Earth Federation” in this new series. It will be later joined by an upcoming Gundam film, which will be directed by Jordan Vogt-Roberts. Here’s a link to the upcoming title on Netflix.

Another addition to Netflix’s anime content lineup will be Shaman King, which is a new series based on the manga series of the same name written and illustrated by Hiroyuki Takei. It is about a boy named Yoh Asakura, who goes through several adventures to hone his shaman skills and win over other shamans and eventually become the Shaman king. It will release on August 9.

Edens Zero is a sci-fi manga that will be releasing as a new series on Netflix on August 26. The series will follow the life of a boy who cannot control gravity, and by the looks of the trailer, it seems like the series will be filled with anime-style actions and fights.

Exception will essentially be a space-horror anime series that will be based on a new story by Hirotaka Adachi. It will feature characters that are designed by Final Fantasy’s character designer Yoshitaka Amano. Although it does not have a trailer yet, Netflix recently shared a pretty terrifying teaser image of the show.

Here's your first glimpse at Exception.

The new space horror anime series is based on a new story by Hirotaka Adachi (aka "Otsuichi"), with character designs by Final Fantasy's Yoshitaka Amano. #GeekedWeek pic.twitter.com/7CWhmNu9O6

Based on the Netflix original of the same name starring Will Smith, Bright: Samurai Soul will see Izo, a Ronin, and Raiden, an orc, work as a team to bring a young elf girl and a powerful magic wand to the land of elves. It will be directed by Kyohei Ishiguro and will be released on the platform soon.

Izo, a Ronin, and Raiden, an orc, work to bring a young elf girl and the wand she carries to the land of the elves in the north.

Based on the Netflix movie, the anime film will be directed by Kyohei Ishiguro. #GeekedWeek pic.twitter.com/K03gZVMUie

As for upcoming anime movies, Make My Day will be an anime horror film that is set “on a cold planet of ice and snow” where mysterious creatures are rising to end humanity. There is no trailer for this one yet. However, it is expected to release on Netflix soon.

On a cold planet of ice and snow, mysterious creatures suddenly have appeared from the dark underground and have begun to attack the inhabitants. Can humanity survive the terror lurking beyond the horizon? #GeekedWeek pic.twitter.com/lep9gLOexk

Along with the above movies and TV series, Netflix also announced the release of a new Godzilla movie called Godzilla: Singular Point. The film is set to release on June 24. Here’s the official trailer from the company’s YouTube channel.

These Are the Upcoming Animes on Netflix

So, these are the new anime series and movies that Netflix announced to release recently. The streaming giant has seen a significant slip in the number of new subscribers earlier this year due to a lack of original content. So, to cater to more audiences, Netflix will now be releasing more original anime TV shows and movies in the coming days.

Which anime series or movie are you excited about? I personally cannot wait for the new Bright: Samurai Soul series and the upcoming Make My Day movie. Do let us know your thoughts in the comments below.