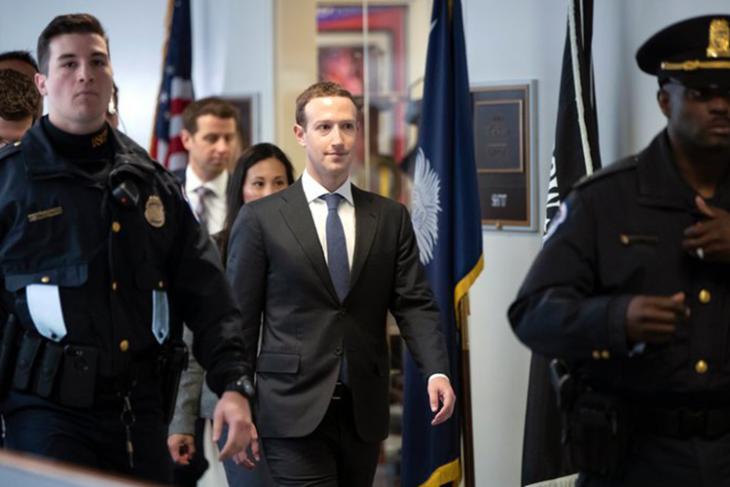 Facebook chief Mark Zuckerberg is engaged in some groundwork before his public appearance in front of the Congress on Tuesday when he will be grilled for his actions – or lack, thereof – in the recent Cambridge Analytica scandal. Even though he maintains that he won’t be resigning, the founder has been busy meeting with top senators in Washington.

With a sense of regret for Facebook’s participation and influence in data leak, Russian meddling during presidential elections, and the spread of fake news, Zuckerberg shared the full statement of the written testimony that he will be sharing with the Congressional Committee on Energy and Commerce. In the statement, he apologized for being “too slow to spot and respond“. He accepted that Facebook didn’t take adequate measures to prevent marketers like Cambridge Analytica and apps such as “This is Your Digital Life” from harvesting users’ data.

It was my mistake, and I’m sorry. I started Facebook, I run it, and I’m
responsible for what happens here. – Mark Zuckerberg

On Monday, Zuckerberg met with Senator Bill Nelson of Florida and one of the Senate Commerce Committee leaders. Facebook’s VP for global public policy, Joel Kaplan, accompanied the boss for his meetings. While Zuckerberg and Kaplan avoided any media interaction, Senator Nelson told reporters that Zuckerberg was straightforward and honest while answering his questions and is taking the situation “seriously“. He, however, added that although Facebook is trying to stave off foreign influence on the American electorate, the Senate will have to intervene and will soon introduce a regulation safeguarding the privacy of social media users.

Facebook had, last week, admitted that it has been lenient with “malicious actors” who have been able to collect and abuse data from users at a scale large enough to affect many more users than just the 87 million victimized by Cambridge Analytica. In fact, it might have let these miscreants misuse the data of all 2.2 billion users in some way or the other. Facebook is, however, starting to take responsibility and recently began displaying privacy warnings to users who might have fallen prey to data controversy.