Mark Zuckerberg founded Facebook with his friends and college mates, Eduardo Saverin, Dustin Moskovitz and Chris Hughes, but soon after the founding, Mark and Eduardo had some disconnect, which later resulted in to serious issues and finally Eduardo thrown out of the company, but he didn’t keep quite. He came back with lawyers and asked for his shares in Facebook. 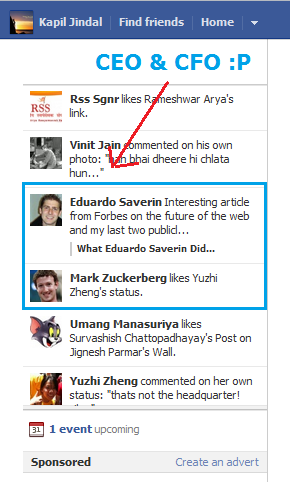 This is known as Computer  (Pics)