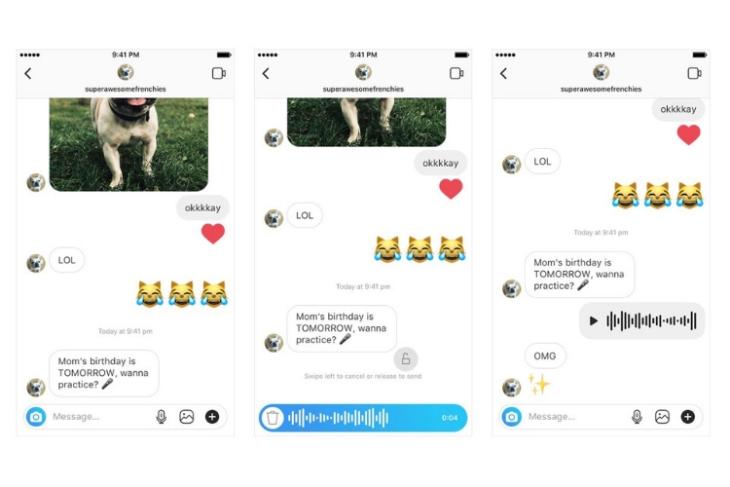 Instagram is known to be constantly bulking up its feature set and has brought the ability to send and receive voice messages in its Direct Messages feature today. This feature has been in the works for months and it’s now finally live.

Instagram shared the release of its voice messaging feature for DMs via Twitter, giving its over billion users yet another way to communicate with friends. This newly added feature allows you to record up to one-minute long voice messages and share them in private or group conversations.

Starting today, you can send voice messages in Direct. Talk the way you want to be heard, whether by whispering what you’re up to or shouting a compliment. pic.twitter.com/3rkdQneNXO

Though the platform is obviously late in bringing this feature, which has existed in other messaging apps for years, it has finally decided to perk up Direct Messaging – which was rumored to be turned into a standalone product not long ago. Let’s see how voice messages work right here:

1. Open Instagram, navigate to a conversation from the Direct Messaging tab in the top right to see the new ‘microphone’ icon in the message box. 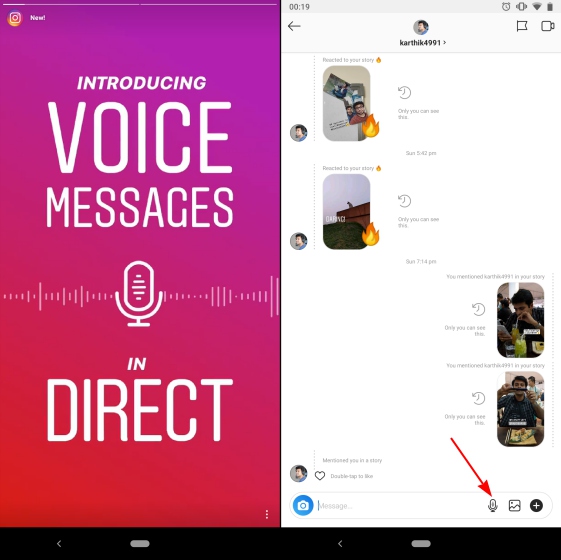 2. You’ll need to hold down the microphone button to record voice messages and can swipe up to lock the recording process. 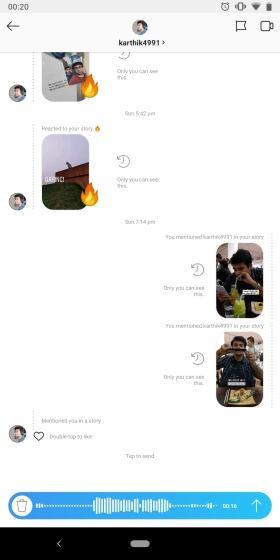 3. If you are not happy with what you have recorded, slide to the ‘trash can’ icon on the far left to discard the message and record a new one. Voice Messages are sent automatically once you release your finger. 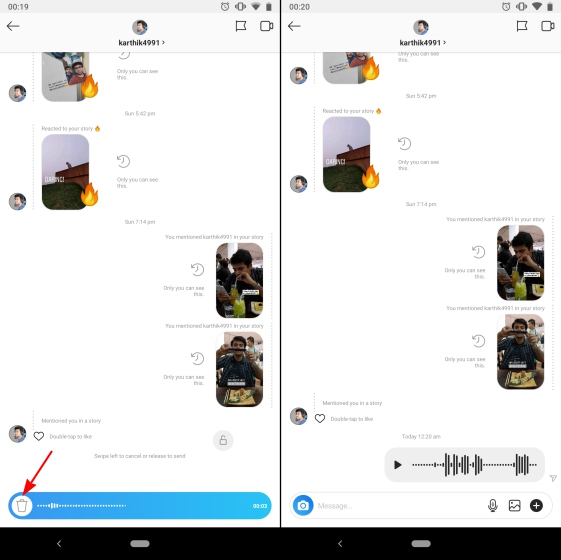 The implementation of voice messaging looks very much like how it does in WhatsApp or Facebook Messenger, and is currently rolling out to both Android and iOS users, so you can expect to see it show up in your app in the coming days. This adds another dimension to messaging on Instagram, which is turning out to be quite feature-packed and rivals Facebook in terms of what users can do.