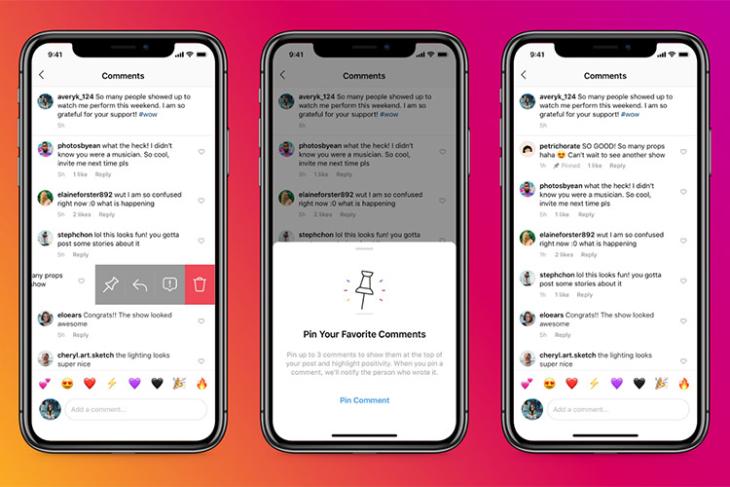 Instagram has announced that it’s rolling out the pinned comments feature for everyone. Starting today, all Instagram users will be able to use the new feature on their apps. The Facebook owned company first started testing out the feature in May, but the roll out was very limited back then. However it’s now available for all users.

With the feature, you can pin up to three comments on your posts to the top. Instagram hopes that this will give users more control over the conversation on their posts. Plus, it gives users the ability to highlight positivity and push any negative comments further down.

That means you can a pin a few comments to the top of your feed post and better manage the conversation. pic.twitter.com/iPCMJVLxMh

Pinning a comment is simple. Just swipe left on a comment and you will see the new pin icon next to icons for replying, reporting, or deleting a comment. Tap on it, and you’re done.

Pinned comments show up right on top for everyone who sees your posts. It’s one of many changes Instagram is making to curb harassment on the platform. The company has started using artificial intelligence to block abusive comments. Moreover, it has started warning users before they post an offensive comment on the platform. It also recently started allowing users to shadow-ban abusive accounts. Pinned comments is joining these tools in making Instagram a healthier digital place to be on.

The new feature is rolling out to everyone, and it was available for me without any Instagram app updates. However, if it’s not showing up for you, make sure you’re on the latest version of the Instagram app.