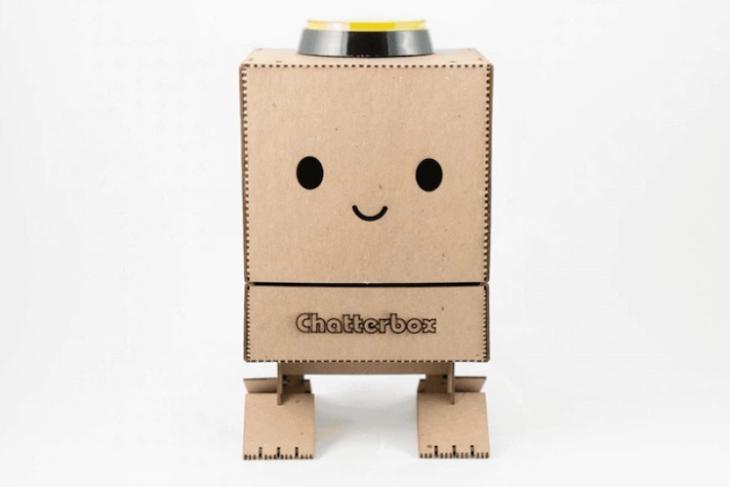 Gone are the days when kids used to spend most of their time outdoors playing games. The rapid advancements in technology have influenced kids in a drastic way. In today’s world, children are exposed to technology and electronic gadgets at an early age which has changed their lifestyles. The time spent in front of TVs and phone screens is increasing day by day. To deal with this problem, a San Francisco based entrepreneur has come up with a completely programmable smart speaker named Chatterbox which helps kids spend their time productively.

Chatterbox has a voice assistant built-in using which kids can interact with the speaker. The key attraction of Chatterbox is its modularity. Kids can build their own Chatterbox from scratch which is an intuitive way to keep their excitement and enthusiasm up towards the end-design of the speaker. The company claims that building Chatterbox is as easy as building a paper airplane. 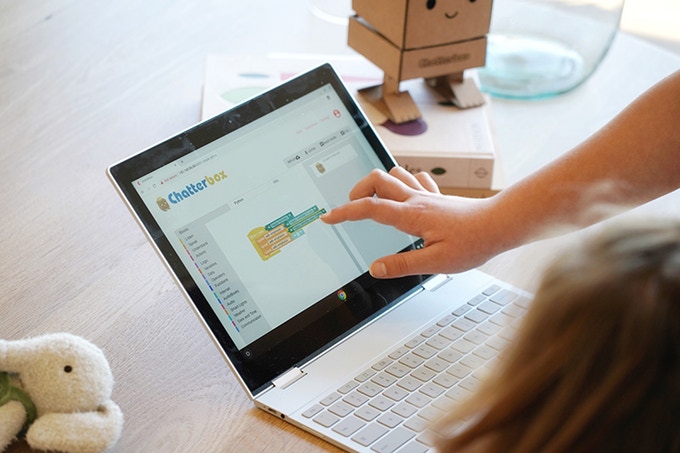 Once the build is done, kids get into the programming phase where they program the speaker themselves the way they want. Chatterbox provides kids with a visual skill builder which allows them to create a new skill or choose an existing skill from the existing templates.

The new skills creation interface offers various AI-powered actions like voice commands, weather, initiating calls, controlling smart IOT based gadgets and even listening to podcasts. Each command can be assigned to a hot-word on saying which the smart speaker performs the action assigned to the keyword. 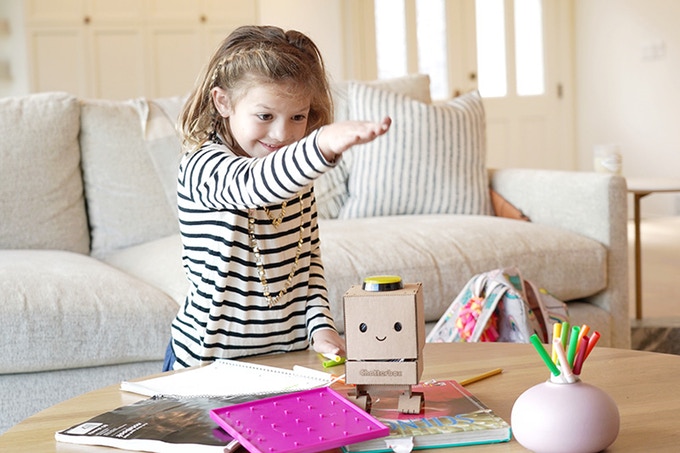 The vision of Chatterbox is to familiarize kids with basic education of how AI works and how it would play an important role in their lives. As AI is advancing at a swift pace, Chatterbox wants to make the kids of this generation prepared for a world where AI is implemented and incorporated in every nook and corner. Chatterbox says that their smart speaker improves the communication, problem-solving, and critical thinking skills of the children and we do think that they have a point.

Inside the box, Chatterbox will include a laser-cut chipboard enclosure, Raspberry Pi 3B+ to power the system, ChatterVoice HAT, a mic board, a large button that wakes up the device on pressing, speaker, and an SD card which comes pre-loaded with ChatterOS.

The project is now accepting funds on Kickstarter and at the time of writing this article, the project has generated $54,198 of revenue backed by 328 people. Chatterbox has planned to finalize the supply chain by the end of July. The production facility will be set up in August and full-fledged mass production will start from August last week and will last till mid-October. The company anticipates to test the final products by mid-September and will be ready to ship and deliver the product by the end of this year.

Chatterbox will be available in four pricing schemes. The super early bird version will be priced at $99, while the early bird and Kickstarter special versions will retail at $119 and $139 respectively. There is also a sibling pack which consists of two Chatterbox speakers priced at $238.

So, what are your thoughts on Chatterbox? Let us know in the comments.