If you’re out there looking to buy a budget-friendly device with good performance, chances are you’re the ideal Indian consumer and are surrounded by the likes of Mi, Honor, Motorola, and Lenovo. The aforementioned brands have captured the market so well that it makes really tough for any new brand, such as InFocus, to enter the midrange segment. Well, Flipkart thinks to have finally cracked the code. The e-commerce giant is all set to bring out their first smartphone – the Billion Capture+. The device brings along a lot of familiar experiences and tries to perfect them in the best way possible. And at its competitive pricing, the device actually ends up offering a lot more than you’d expect out of it. So if you’re someone looking for his/her next midrange device, read on, as we bring to you our in-depth review of the Billion Capture+:

Before we get to the review part, let us get the specifications out the way. The device comes with some pretty good hardware, which you can check out below: 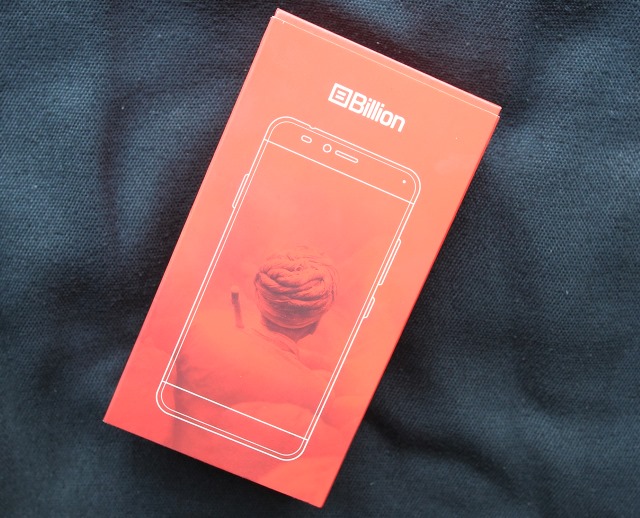 The Billion Capture+ features a simple and decent packaging. The slide-out box packing does add a nice touch, and the in-box compartment spaces were more than enough. The box has almost everything you’d expect from a device at this price point, including: 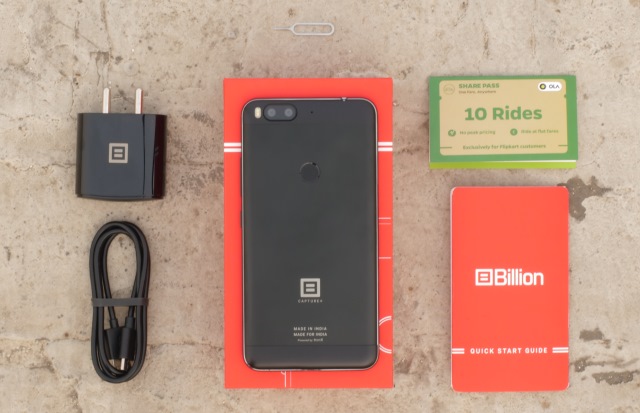 Flipkart has played it very safe in terms of designing their product. The Capture+ looks very similar to its competitors, namely the Redmi Note 4 and the Honor 7X. On the back side, you’ll find the dual camera setup on top accompanied by the dual-tone flash. It is then followed by the fingerprint sensor in the middle, and finally, there is some branding in the lower half of the device. There’s a 3.5mm jack on top of the device, and a USB Type-C port on the bottom. Both the volume rockers as well as the power button are well-situated on the right-side of the device, while the left side houses the hybrid-SIM tray.

The phone has a milled aluminium back, with the top and bottom frame being plastic. In no way does the device feel cheap. In fact, it has one of the more sturdier builds, at least in its price segment. The edges of the device are curved, and accompanied by the aluminum borders provide a nice grip. That being said, the back, despite its premium looks, is a finger-print magnet. Yes, I admit things are not as bad as a glass back, but still, the matte finish of the device does attract a lot of fingerprints. Still, it has one of the best build qualities, based on a design that has been proven to be successful in this price segment. 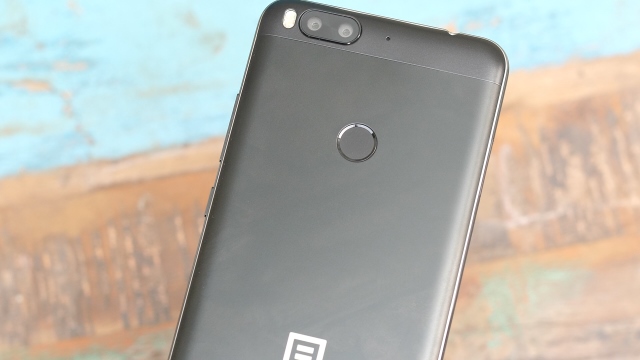 The Capture+ has 5.5inch Full HD (1920*1080) LCD display with 401 PPI. The screen looks absolutely beautiful thanks to its rich pixel quality. For its price point, the Capture+ actually has a great display, that’s spread across its frame quite evenly. 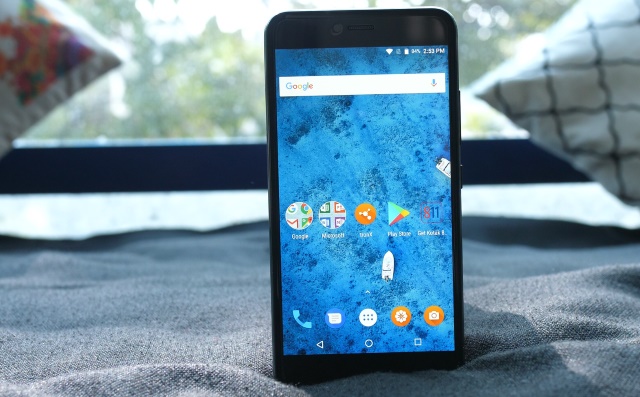 The brightness levels of the device are good. While you might not be totally happy with outdoor usage, the brightness settings should suffice for most of the cases. During my time with the device, I did find one issue though. Having the Adaptive Brightness setting turned on does cause the device to wake up unusually. The device wakes up to a dim-set screen, and then automatically adjusts to the normal brightness settings. Whether it’s an issue with the sensor or the display is something I am not so sure of. Other than that, the device’s display works pretty well. It also comes with the Ambient display feature, that allows the device to wake up whenever a new notification comes. In my usage, I found it to be quite a handy feature. 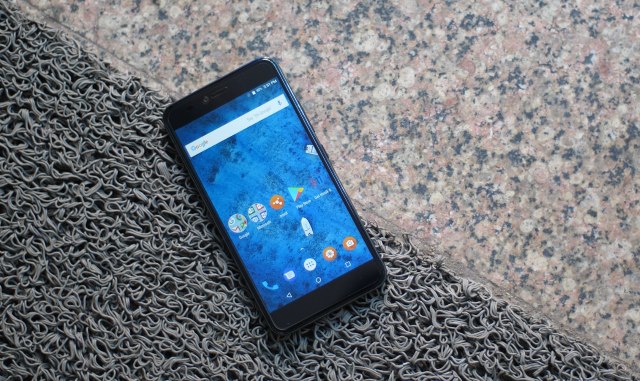 The Capture+ comes with the stock Android experience, with absolutely no modifications on top of it. The device does ship with some pre-installed apps, that include Flipkart, Myntra, PhonePe, SonyLIV, and Microsoft’s Office Apps. While these apps do not affect the performance of the phones, the user has no option to uninstall any of them. It’s not a big deal though, because most of them are apps people use a lot in India.

Other than these few apps, everything is kept simple, and as it is. The device ships with Android 7.1.2 and things are kept pretty straightforward. The fingerprint sensor on this device works relatively well and is much snappier than the ones found on Honor devices. That being said, considering it’s located on the rear side, I’d have loved to have some gestures associated with the device. 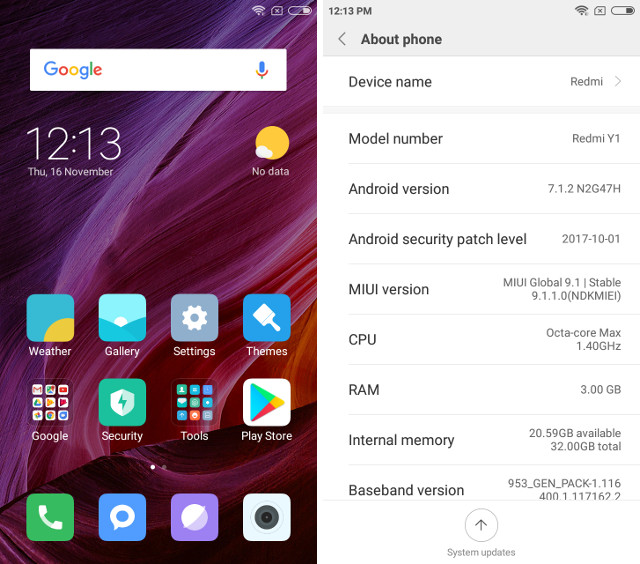 The Capture+ features the stock Pixel Launcher. If you’re someone who’s been using stock Android, the Capture+ should feel no different. The Capture+ is one of those devices that offer a user interface that just works and should be good enough for most users.

If you’re looking at the mid-range price segment, Qualcomm’s Snapdragon 625 is by far the most widely preferred SoC out there. And rightly so, the same has been used in the Capture+ as well. The SoC works just as expected, providing snappy performance all round. The Octa Core processor coupled with the decent Adreno 506 GPU works well, and apps and games run decently well. 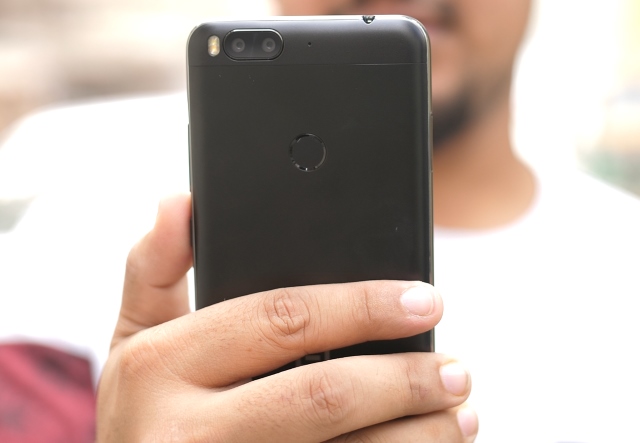 While the device can’t handle heavy games such as Asphalt 8 or Mortal Kombat, the device is able to run games such as Shadow Fight 2 relatively well. Apps opened almost immediately, and there seemed to be almost zero lag. The 3/4GB of RAM provided with the device competes directly with many flagship devices out there, and proves to be more than enough for decent multitasking. App optimization is great, and even Android’s split-screen mode looks great on the device. 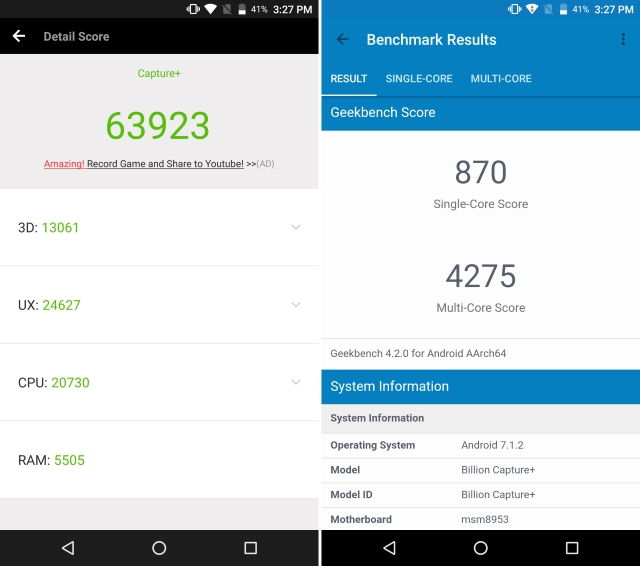 While I am not a huge fan of benchmarks, there are people who really like to rely on them. Well, the Capture+ performs decently in most benchmarks out there. I ran Antutu and Geekbench on the device, and the scores were good enough. In fact, the scores were better than the Redmi Note 4 & Lenovo K8 Plus and comparable to the higher priced Mi A1.

That being said, I would still suggest the general consumer to not rely on benchmarks that much, since no user will actually be pushing the device to those limits in his/her real-life usage. In terms of real-world performance, the Capture+ is in no way a letdown.

The recent trend of dual cameras has followed on to the Capture+ as well. It features a dual 13MP+13MP primary setup, comprising of an RGB sensor coupled with a monochrome sensor. The cameras work well and it’s great to see Flipkart go the dual camera route, because the Capture+ brings a decent dual camera setup to the masses. Here are some photos we took: 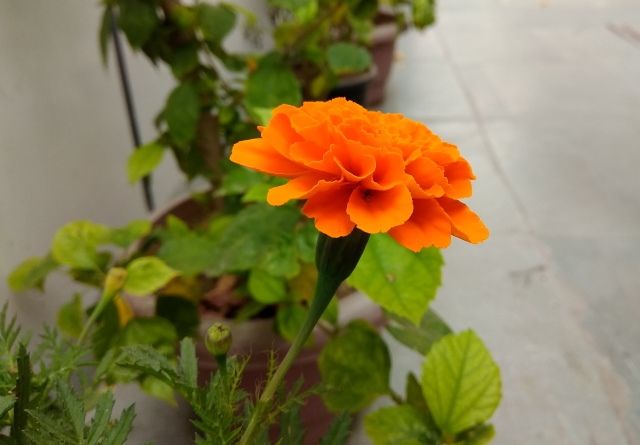 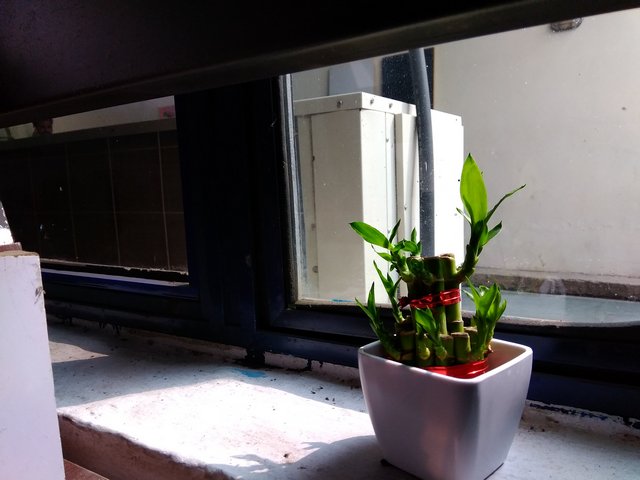 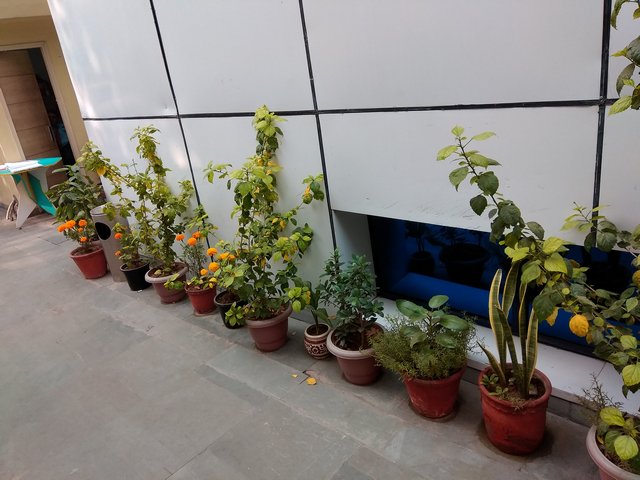 The normal camera mode manages to click decent images. Low-light shots are good too, and at-par with its competitors. It also has a “Supernight” mode, that captures images at a slower shutter rate and higher ISO, in order to ensure well-lit images. It works well. 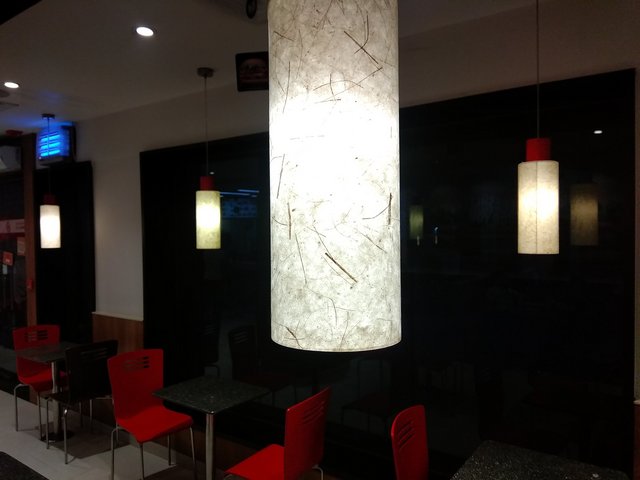 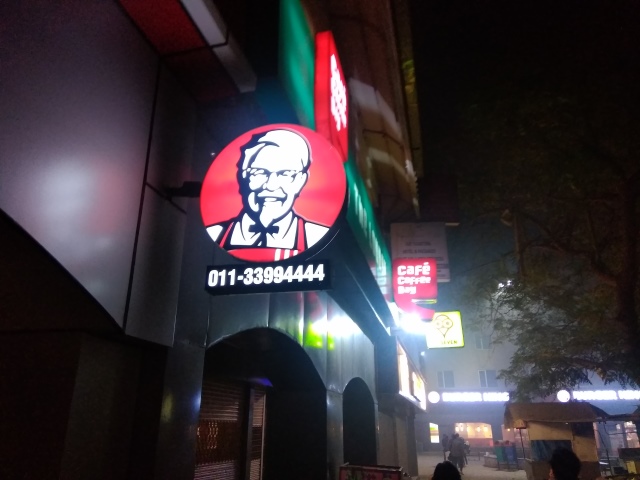 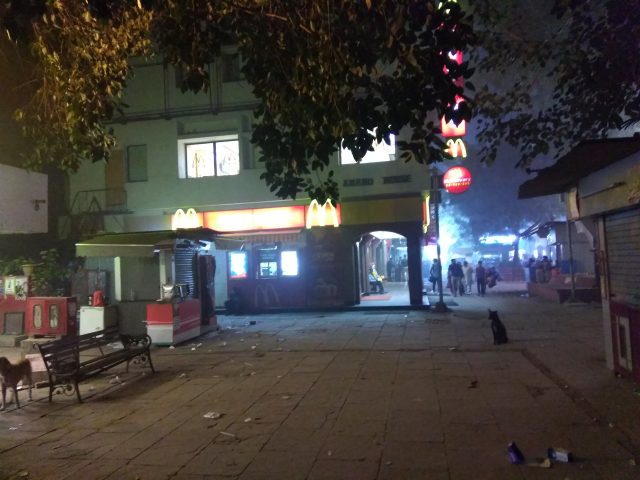 The portrait mode is here and it works pretty well to give you those fancy bokeh shots. Take a look at some portrait shots we took: 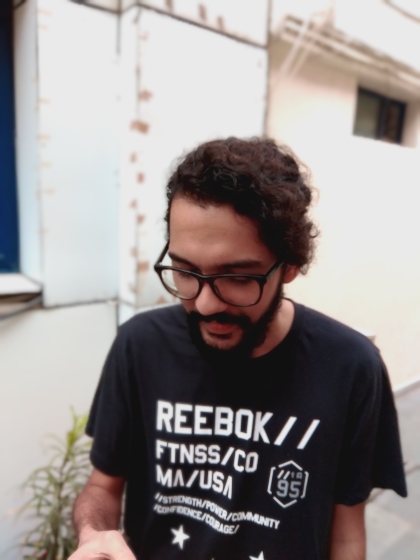 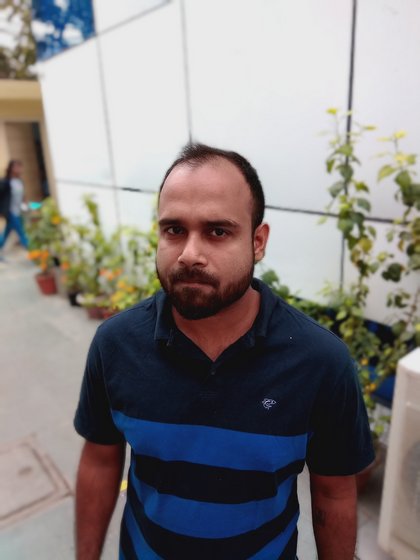 The front camera, on the other hand, works decently. The 8MP sensor is as good as it gets in this price range. The images are quite clear and bright. The autofocus is nice, and there’s an added Selfie Flash which basically makes the entire screen white and bright in order to make the face look brighter. 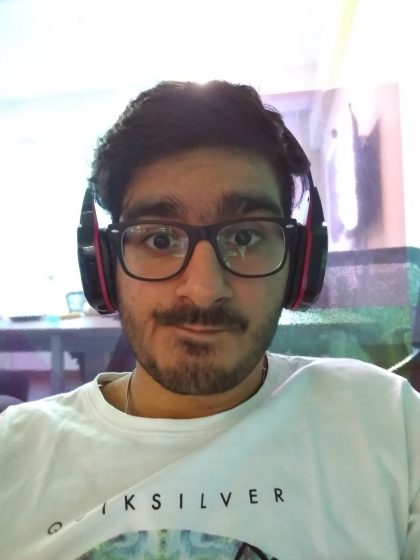 Also, both the camera modes have a Pro mode, that allows you to manually set the ISO and Exposure. All in all, the camera on the device works well.

When it comes to connectivity, the Capture+ has a Dual-SIM hybrid slot. You can either use two 4G SIMs or swap the secondary SIM out for a micro-SD card. The Capture+ supports expandable storage of up to 128GB, which is quite good. 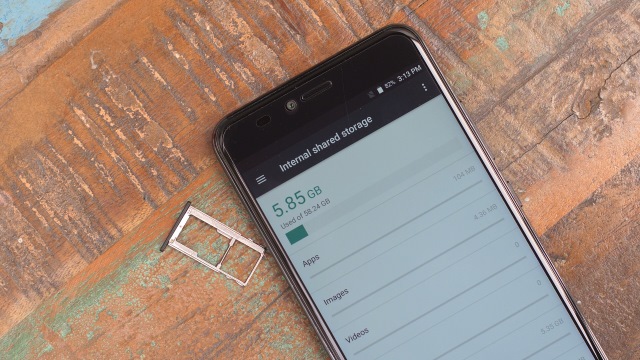 But what sets this device apart from its competitors is the inclusion of a USB Type-C port. While Type-C is inevitably becoming the standard nowadays, it is still uncommon for a midranger to feature it. 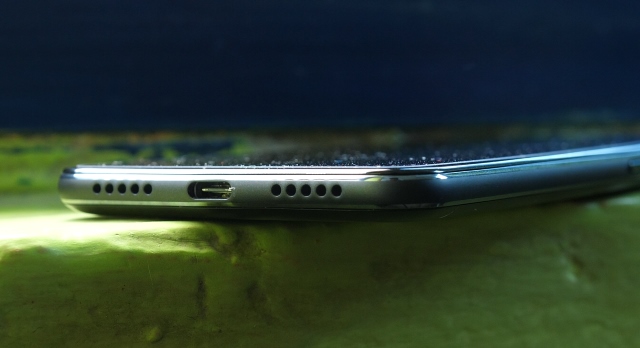 The Capture+ comes with a mammoth 3500mAH battery. In my testing period of the device, the device never let me down. It easily lasted over a day and a half on medium usage which included checking emails, communicating with my team over Quip, making the occasional calls home that I’ll be getting late, lots of Twitter and Instagram, and finally, playing a bit of 8 Ball Pool. The background app optimization works well, and never did I see myself running around for a charger to replenish the device’s juice. 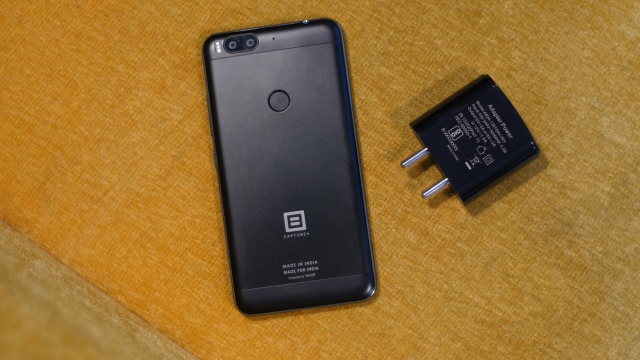 Oh, and on the second day when it did need to charge my device, thanks to the QC 2.0 charger bundled along, the device quickly charged from 0 to 100% in about 100 minutes.

The most unique thing about this device is that it is powered by tronX. tronX, if you’re not familiar with, is a product of Smartron, which is one of the biggest names in the IoT (Internet of Things) market. It allows for the user to easily manage and control all the smart devices around him with the ease of his smartphone. Additionally, the tronX app bundled along with the Capture+ has its own Gallery App as well, which allows the user to back up his images and videos to Smartron’s online storage. While how well tronX will be implemented in the current crop of smart devices in the Indian market remains to be seen, it definitely is a step in the right direction, something I, as a fan of IoT, really admire.

The Billion Capture+ is Flipkart’s first attempt at the smartphone business, and I must say that the device performs very well. While it doesn’t really bring anything new to the table of the current crop of mid-ranger, it does improve upon quite a few things that other companies haven’t really been able to perfect. Having previously used the Mi A1, I can easily say that I’d much prefer the Capture+, simply because of its highly competitive pricing, which starts at Rs. 10,999, along with the familiar stock Android experience 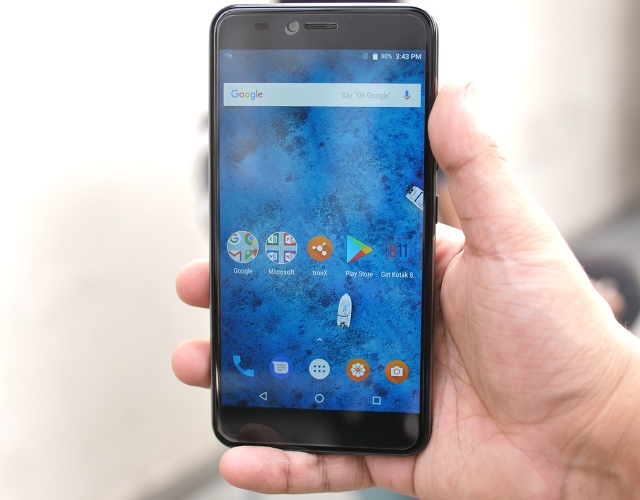 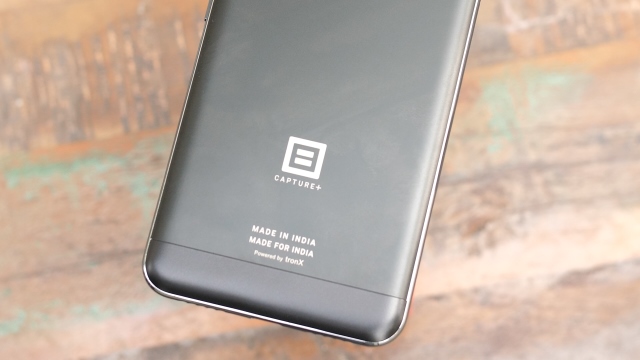 The Capture+ is one of those devices that you might feel like skipping thanks to the simple and basic look, but trust me, it is one of the best devices in its price bracket to use. The build quality is great, it feels sturdy to hold in the hand, and the Snapdragon 625 works just as expected. Flipkart, along with Billion, has played pretty safe, in producing a device that brings nothing new to the table, but rather focuses on trying to perfect everything that’s expected from an ideal mid-range. Apart from the average camera, the device has managed to check all the boxes.