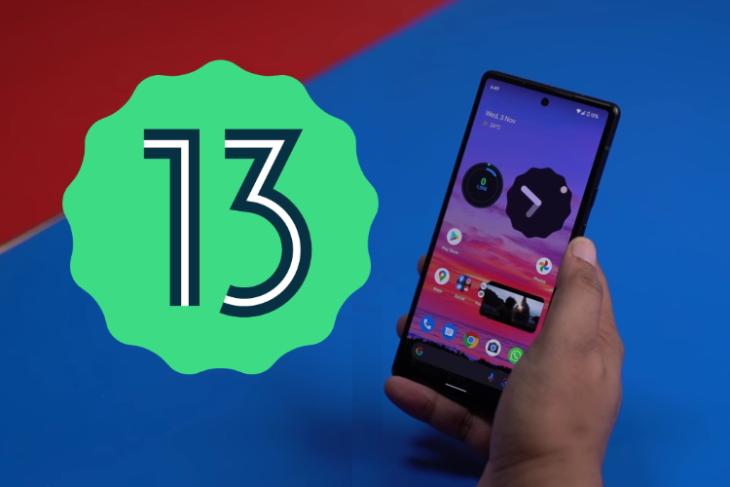 Following various leaks, Google finally released the first developer preview of Android 13 for its Pixel devices last week. Now, an Android developer has recently shared that Google’s upcoming Android version is much more flexible for running virtual machines with Linux and Windows 11 than previous versions. Let’s take a look at how this can happen.

After Google released the first developer preview of Android 13 last week, Android developer Danny Lin (aka Kdrag0n) took to Twitter to share that he was able to run “full-blown virtual machines” with “near-native performance” on the Pixel 6, thanks to Android 13 DP1. These virtual machines are of other operating systems such as various Linux distributions and Windows 11.

Now, you might be thinking about how is it possible to run Linux or Windows 11 on a Pixel 6. Moreover, how can it achieve “near-native” performance? Well, the easy answer is that Android 13 is much better at handling virtualization. Google has integrated a common hypervisor, a program that is used to run and manage one or more virtual machines on a device, in the form of KVM (kernel-based virtual machine). You can check out this in-depth blog by XDA member Mishaal Rahman to know more about the technology.

Thanks to this, Android 13 enables power users to run Linux or Windows 11-based virtual machines on the Pixel 6 and other similar devices with much better performance and fewer issues than previous Android versions. While it didn’t run as smoothly as the native OS versions, it is said to be decent enough. You can check out Lin running Windows 11 as a virtual machine on his Pixel 6 in the tweet below.

It is further suggested that Google’s Tensor chip also has a part to play in this. Additionally, this setup was also able to run the popular game Doom.

Now, although these changes will let you run Linux or Windows 11 on Android devices more easily than before, this does not mean that you will be able to do it when Android 13 is released publicly. Google’s primary agenda for these changes relates to security and the handling of DRM by its Android platform. Nonetheless, we expect power users to take advantage of the new KVM hypervisor in Android 13 to deploy virtual machines on compatible smartphones like the Pixel 6 and other devices.

Meanwhile, check out our in-depth video on the first developer preview of Android 13 to get an idea about what all the latest version of the OS entails. Plus, do let us know your thoughts on Windows 11/ Linux running on an Android 13 device in the comments below!