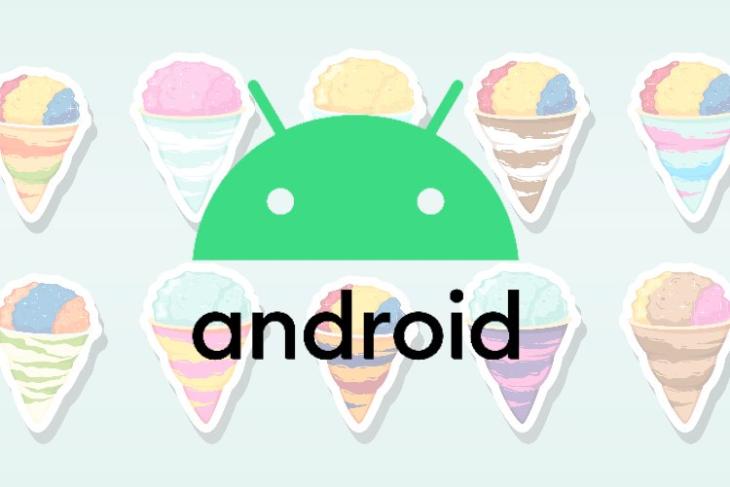 The first Android 12 developer preview release should be right around the corner. The leaks for Google’s next major OS update are rampant. And the folks at XDA Developers have now discovered the dessert codename for Android 12.

For those unaware, Google stopped using dessert codenames to denote new Android releases for the public with Android 10 a couple of years ago. While it is a fun way to mark the new OS releases, a dessert name starting with the letter Q might have been difficult to pick. Thus, the Mountain View tech giant moved to a simple numeric nomenclature to streamline the branding globally. The dessert naming tradition, however, continues internally.

The most Android release is known as Android 11 but is codenamed Android 11 Red Velvet Cake internally. As per XDA Developer’s latest report, the next major Android update, i.e Android S, is internally called Snow Cone.

Google won’t use the “Android 12 Snow Cone” branding to market its next major OS update. Android enthusiasts, however, want to continue to tradition out of nostalgia. And Snow Cone is a cool name for the next release, which will not only bring a UI refresh but a ton of new features.

We already know what Android 12 UI might look like in recently leaked screenshots. The leaks further suggest that we will see a new ‘Material NEXT’ UI, a game mode, a new one-handed mode, anti-tracking features, and a lot more. So, are you excited to taste the next flavor of Android? The first developer preview should be out in the next few days.