Skip to content
Home News Minecraft 1.19 Release Date: When Does the Wild Update Come Out? 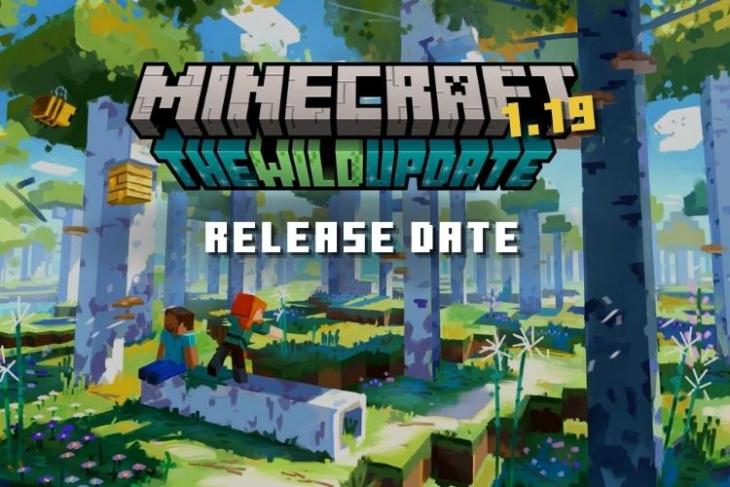 With the release of the Minecraft 1.18 update out of the way, the anticipation around Minecraft 1.19 is through the roof. And that’s because of all the right reasons. We are not only getting new and revamped biomes in the Minecraft 1.19 update. Instead, there are new blocks, new structures, possibly a new weather system, and definitely, multiple new mobs in Minecraft 1.19. These features make the grand Minecraft 1.18 update look smaller in comparison. Not to forget, the anticipation around the player-choice mob Allay and the new boss mob Warden is also increasing day by day. With that comes the obvious question of the release date of Minecraft 1.19: The Wild Update. Well, you have to the right place in search of the answer.

Though, we are not placing our bets on this release timeline just yet. Thanks to several leaks from popular Minecraft modders and the early availability of the 1.19 Bedrock beta, we might get the update in April 2022.

Is the Minecraft 1.19 Update Divided into 2 Parts?

If the popular modder Hamish is to be believed, Minecraft developer Mojang might divide the update into two parts – much like the Caves and Cliffs update. Since the Wild update is planning to revamp almost all the in-game Minecraft biomes, two updates will make it easier to implement and roll out the changes smoothly. However, just like the release date, there’s no official confirmation of the same.

Will Minecraft Java and Bedrock Get the 1.19 Update at the Same Time?

Thanks to the efforts for improving parity between Minecraft Java and Bedrock editions, Mojang nowadays releases all its major updates at the exact same time. The beta updates and snapshot release dates might vary. But both editions of this sandbox game will get the Minecraft 1.19 update on the same date and time. When that happens is a question that remains unanswered.

For now, it’s best to wait for an official confirmation and hope for an early release date in April 2022. Meanwhile, which features are you looking forward to the most in Minecraft 1.19? Tell us in the comments below!

15 Best Armor Enchantments in Minecraft You Should Use

How to Plant Seeds and Grow Crops in Minecraft

How to Get Melon Seeds in Minecraft

How to Test out New Minecraft 1.19 Features Right Now

List of All New Mobs in Minecraft 1.19 The Wild Update

List of All New Biomes in Minecraft 1.19 The Wild Update

10 Best Minecraft Sword Enchantments You Must Use