Do you remember the time when you first laid hands on your brand new Android smartphone? How you pledged to take care of it and not let it go downhill. Well, it did go downhill, didn’t it? Don’t worry, we have all been there. As big a necessity as it is, a smartphone can also turn into a headache if it’s not properly taken care of. You may care for your Android smartphone on the outside, no scratches, no bumps, but what is more important is to take care of the things under the hood. One of the major reasons behind an Android smartphone’s performance issues is malware.

Malware can slow your phone down, create unnecessary interruptions, exploit your phone’s resources, misbehave in every way possible and in the worst case, prevent your smartphone from doing anything. So, if you feel your Android smartphone has been acting weird and the reason behind this might be a malware. Well, you might be true and thus, we are here to let you know about how you can protect your Android device from malware.

Firstly, let’s talk about the things you should keep in mind if you really want to avoid malware:

Things you should keep in mind to avoid Malware

The first thing that we are going to list out are the precautions you should take to avoid malware and along with that, we will also offer some solutions, in case your device is already affected by malware.

1. Download Apps only from the Play Store or trusted sources

So first let’s start with the most obvious one, it should be well understood that apps are meant to be downloaded only from the Play Store or well-trusted sources. Downloading apps from an unreliable source is no different than a gamble and not exactly a profitable one. Whatever app you might want to download from an unreliable store, Play Store will probably have a better alternative. 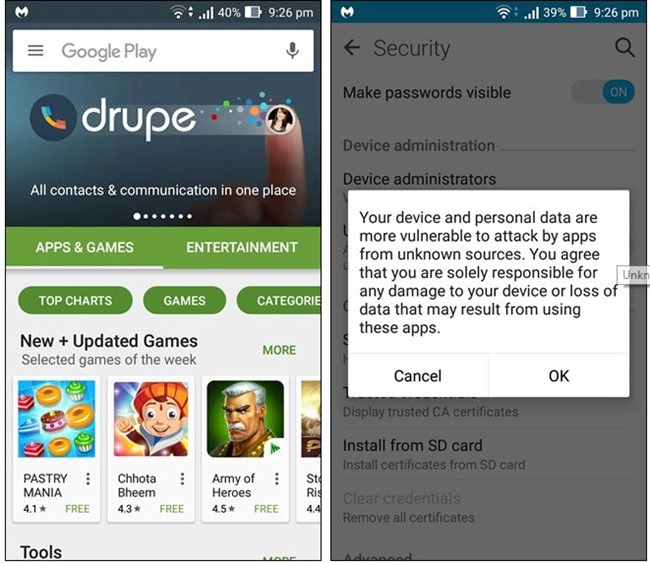 Even if you find an app that is not available on the Play Store, it is better to make sure that the site from which you are downloading is reliable. You don’t want to end up with unnecessary malware on your phone, which will completely mess it up. It’s better to be safe than sorry.

Downloading apps from the Play Store is one thing but downloading music, videos, and images are an entirely different thing to consider. Most people are used to simply searching for the song or video on Google and trying out the first download link that appears, totally unaware of the huge risk they are taking. Instead of downloading that track you love or any other content, you might end up with a load of malware, that isn’t going to bring any music to your ears. 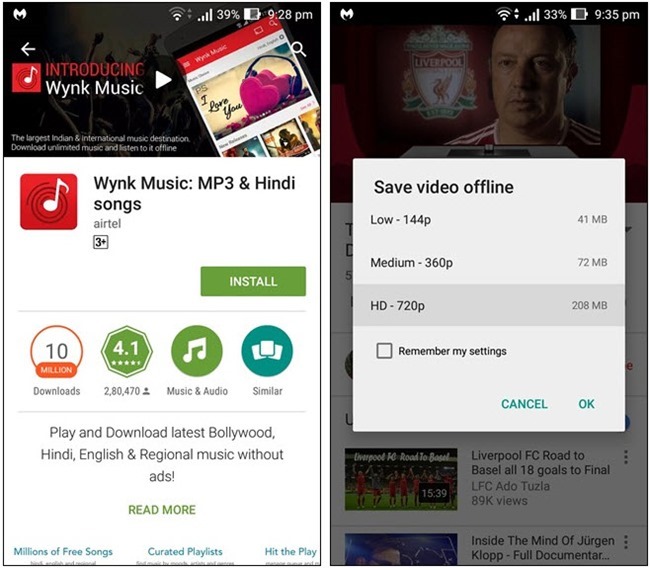 We suggest you either download your music and videos from a trusted site, one that you have been using for a while. Another option, though usually not free, is to use one of the services like Hulu, YouTube, Spotify etc.

3. Keep your system software up to date

We wait for Android updates with bated breath because of the various new features they bring, however, they also bring security updates that make sure to fix any loopholes in your device’s software security. Malware usually enters your device and exploits it only when the system cannot detect it or control it. Generally, malware is one of the primary concern for Android makers and thus, security patches are one of the primary things they work on while releasing a new update. With every update, any loopholes that exist are covered up and this leaves very less margin for any malware to enter the system.

Note: Many smartphone manufacturers are also rolling out monthly security patch updates. You can find the information about it in Settings->About->Android security patch level. 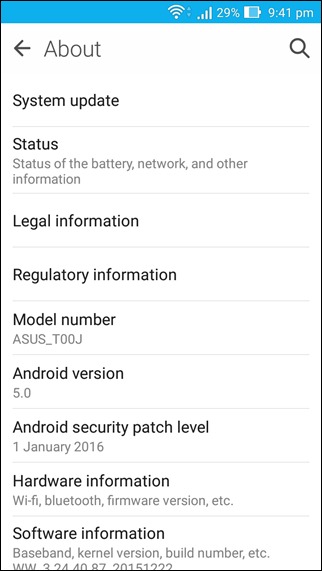 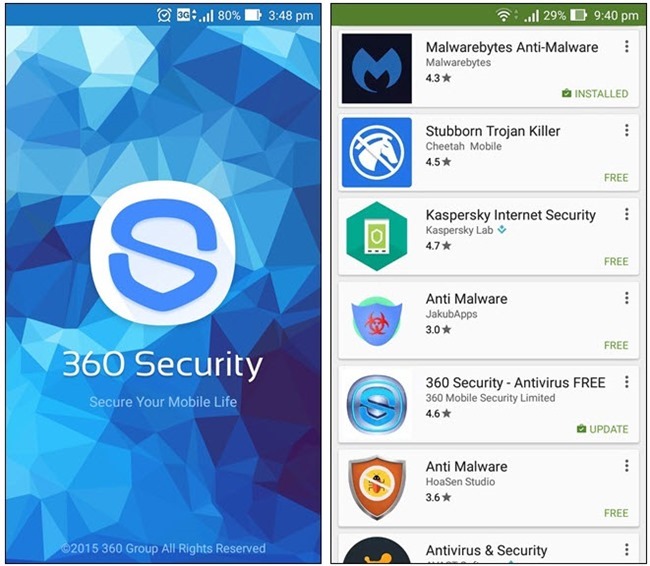 Ratings and reviews should give you a good idea of how well the app really works. Look among the top rated or top downloaded apps and you will surely find a good anti-malware app. We would personally recommend you to try Malwarebytes or 360 Security.

What to do if your phone is already affected

In case, you reached to this post late and your phone is already affected with malware, here are a few things that you can try to fix it, before you go for a factory reset:

If you didn’t have an anti-malware app before your device got infected, don’t worry you can get one now too. Anti-malware apps don’t just prevent malware from entering your device, they also work in removing them. An app like Malwarebytes could come in handy for you in such a scenario. Using this app you can simply scan your device for existing malware and the app will take care of it. Other apps like 360 Security, Kaspersky Internet Security, Avast antivirus etc. will also do a decent job in removing malware. 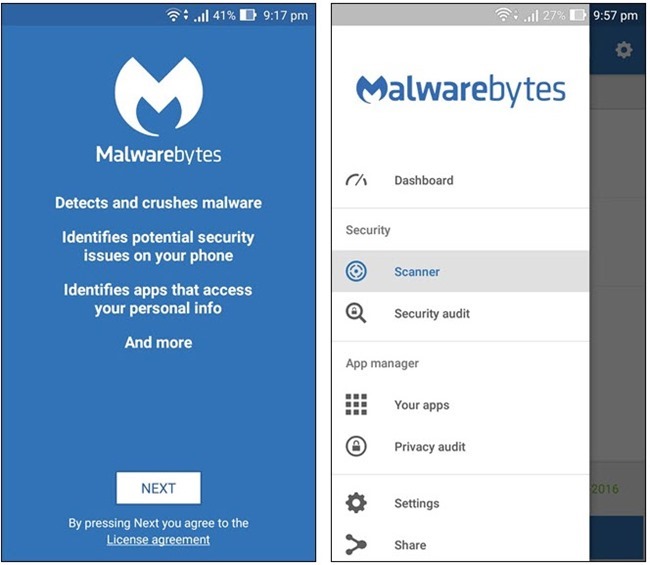 2. Use safe mode to format Storage and uninstall Apps

If you end up in a situation where your device is constantly misbehaving or you can’t even turn it on normally, you should try the safe mode. We have already covered a detailed article on Android Safe Mode  and how to use it. So, check that out to know about protecting your phone using the Safe Mode. 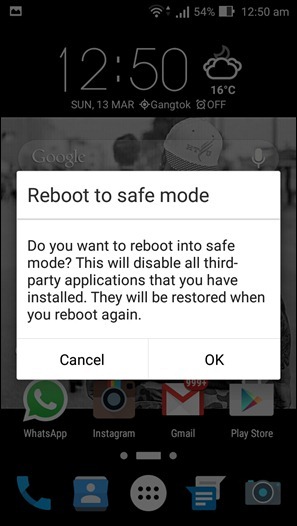 In the Safe Mode, only the stock applications that originally came with your device are active and this ensures that no malware can bother your device. You can use this to uninstall any apps which you think are the ones responsible for malware. You can also format your device if need be.

SEE ALSO: How to Remove Bloatware from Android Devices

Remember: All That Glitters is Not Gold

Keeping these aforementioned points in mind could make a big difference to your Android experience. No one wants to use a phone that’s slow or lagging, and more often than not malware is the prime reason for that. Apart from slowing down your phone, malware can also exploit and extract personal information from your device. So unless you want to face such a situation, you should take our tips seriously and if followed, these precautions will ensure that you don’t end up going to war with your phone and you get to use it, like it was meant to be.