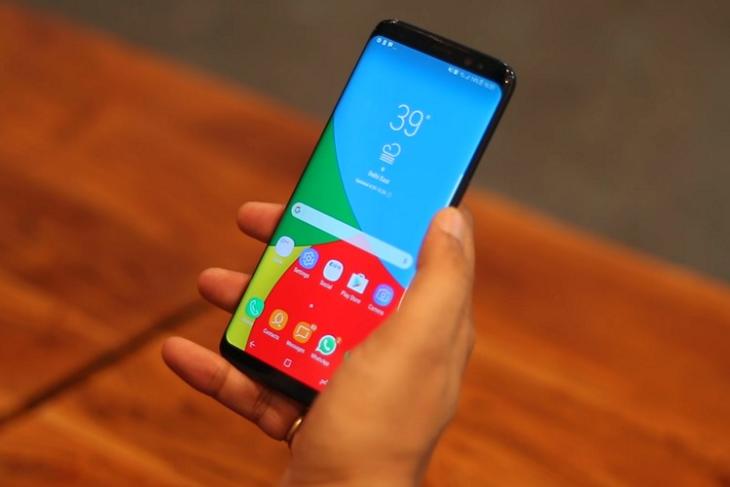 Despite the huge success of the Galaxy S8 and Note 8 smartphones, South Korean smartphone giant Samsung is not resting on their laurels, as the company is already working hard on their next flagship, the Galaxy S9. Samsung usually launches two flagship smartphones in a calendar year, and the Galaxy S line-up is the one that receives all the love for the first half of the year. Over the past eight years, the Galaxy S series of smartphones have evolved by an unimaginable margin, from being an iPhone look-alike to one of the best looking smartphones ever made. You could even go ahead and say that Samsung has been a major driving force behind Android’s success. Believe me when I say Android wouldn’t have been the same if the hugely popular Galaxy series never existed. This alone is one good reason to be all hyped up about Samsung’s next flagship and we’ve got some interesting details to share with you today.

We had no clue how the Galaxy S9 would look like until now, thanks to smartphone accessory maker Ghostek. According to BGR, Ghostek created this rendering based on the details provided by the factory manufacturing the Galaxy S9. From the front, the phone looks identical to the Galaxy S8 except for the fact that the top bezel will be slightly narrower this time around. There’s a major design change on the back, as the Galaxy S9 will be featuring a dual-camera setup just like the Note 8. What’s more exciting here is the fact that the fingerprint scanner has been moved below the camera setup, so you no longer have to worry about accidentally touching the lens while unlocking the phone, something which i really hated about the S8.

Similar to previous Galaxy flagship launches, you can expect Samsung to unveil the Galaxy S9 during a special Unpacked event shortly after the Mobile World Congress, some time around March. The phones will hit the shelves within a month after the official reveal, as usual.

Well, it looks like there won’t be any significant changes in the Galaxy S9 expect for the dual-camera setup. So, it’s definitely a “tock” year for one of the biggest smartphone vendors in the world. What do you guys think about the Galaxy S9? Could it be as successful as the Galaxy S8? Do let us know your thoughts in the comments section down below.