Skip to content
Home News Apple VR Headset: Everything We Know So Far 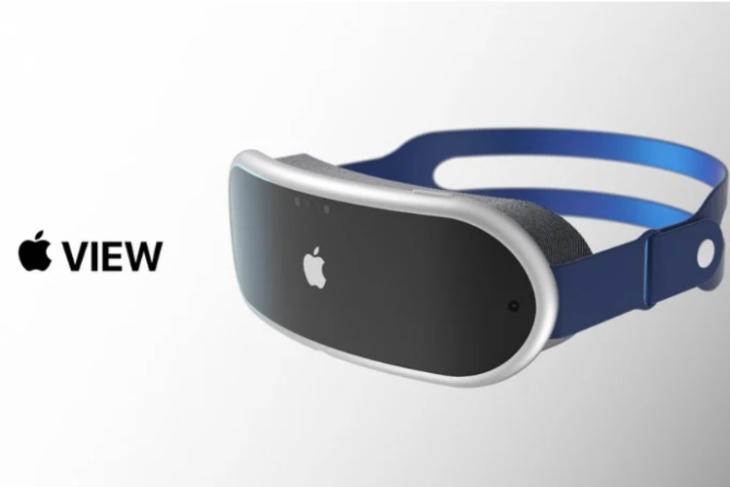 While rumors about the Apple VR headset have been around for several years, never before had the rumor mills seemed so convinced. With a series of reliable leaks and a handful of eye-catching purported renders of Apple’s upcoming mixed reality headset, we have got enough credible details to back the claims this time around. So here is everything we know about the Apple VR headset to date.

Initially, I would overlook rumors about the Apple VR headset as merely wild guesses. However, when the guesses recently turned into comprehensive reports complete with intriguing prototypes, I started to take notice. As to what you should expect from the headset, it looks all set to turn over a new page for the VR/AR headset industry, if the rumors turn out to be true.

Going by the purported images, the Apple VR headset (codenamed N301) seems quite similar to Facebook’s Oculus Quest virtual reality headset. However, Apple’s offering will have a sleek profile with more emphasis on enhancing the comfort level. To achieve an ultra-compact form-factor, the Cupertino giant is rumored to use a combination of high-quality fabrics and lightweight materials. 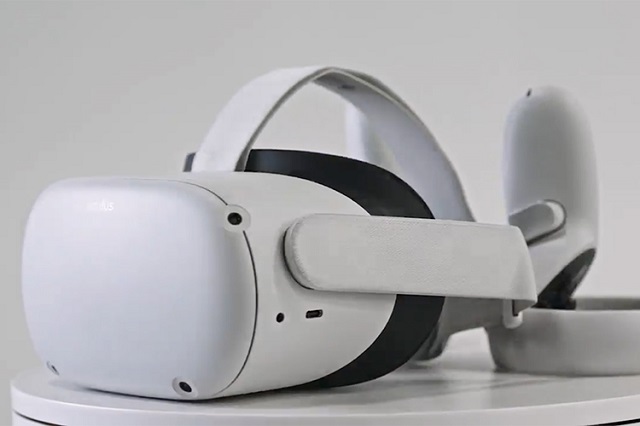 There is nothing new about Apple’s choice of fabric exterior to reduce the weight. The tech giant has employed the same tactic to make AirPods Max headphones lightweight and feel more comfortable.

According to the trusted Apple analyst Ming-Chi Kuo, the headset will feature a hybrid Fresnel lens design that will encompass the three stacked lenses per eye. The hybrid Fresnel lens design will play a vital role in enabling ultra-short focal lengths, enhanced optical performance, and a wide field of view. Moreover, the unique design will ensure that the headset’s weight remains under 150 grams (5.2oz).

As unbelievable as it sounds, the Apple VR headset could be lighter than a grocery-store apple or your smartphone. If that pans out, this device will make current VR and Mixed reality headsets appear a lot bulky and old-fashioned.

At the initial stage, the headset allegedly included a fan and powerful processors and that made the device quite heavy. Later, Apple found a way to cut down the size by bringing the headset closer to the face. Since users can’t wear glasses while using the headset, as per reports, the tech giant has created a mechanism that allows custom prescription lenses to be inserted over the VR screens.

Further, a curved visor attached to the face by a mesh material and fully swappable headbands will complement the svelte profile. Reports also suggest that Apple is working on two models. While one will come with spatial audio technology like the one that exists on AirPods Pro for a surround-sound-like experience, another will focus on additional battery life.

Equipped with eye-detecting cameras, the VR headset will allow users to see other people standing behind and in front of virtual objects. Rumors suggest that the headset can map surfaces, edges, and even dimensions of rooms with much better accuracy than rivals. 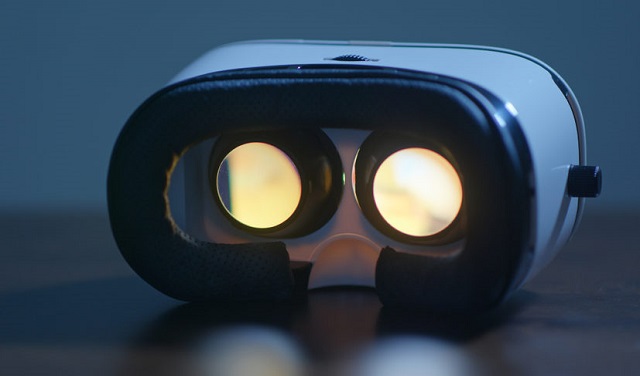 Initially, rumors suggested that the headset will be a full-fledged AR headset with top-of-the-line specs. However, a report from Bloomberg in January 2021 said that it would be a mixed reality headset. According to the report, the headset will focus on amping up the virtual reality experience with some notable augmented reality capabilities.

With the integration of both VR and AR, the headset will not only let you move in a 3D environment but also interact with the real world. As Apple ARKit has already made it possible to place objects or play games in the real world using an iPhone or iPad, it will be easier for Apple to deliver a similar augmented-reality experience on the headset.

Based on reports, the headset will feature multiple control methods. One of the most-talked-about controls is said to be a thimble-like device to be worn on a person’s finger. Additionally, the headset will also support hand gestures and respond to the wearer’s eye movements. Pretty much in line with expectations, Apple is also testing Siri input for more convenient controls. 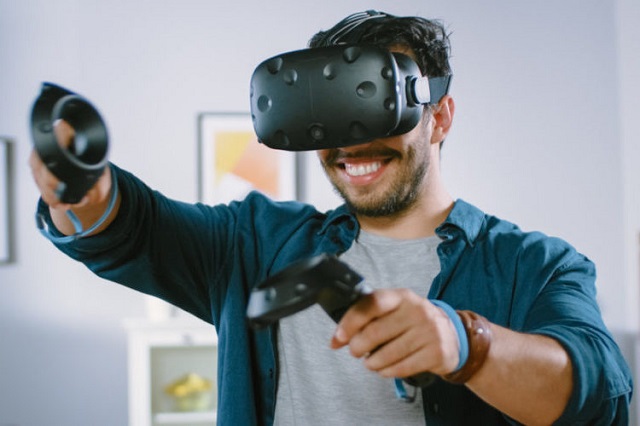 Kuo believes that Apple’s headset will come with an advanced eye-tracking system to offer users an intuitive visual experience. The eye-tracking mechanism will enable seamless interaction with the external environment and smooth operation.

“Apple’s eye-tracking system includes a transmitter and a receiver. The transmitting end provides one or several different wavelengths of invisible light, and the receiving end detects the change of the invisible light reflected by the eyeball, and judges the eyeball movement based on the change.”

Though there is less clarity on whether Apple’s headset will support iris recognition or not, Kuo has said the feature is on the cards based on hardware specifications. If that happens to be the case, headset users will have a “more intuitive Apple Pay method” in the future.

A report from The Information in February 2021 revealed that the Apple VR headset would boast more than a dozen cameras specifically for tracking hand movements. Moreover, it furthered stated that the headset will have additional cameras for viewing the outside world. 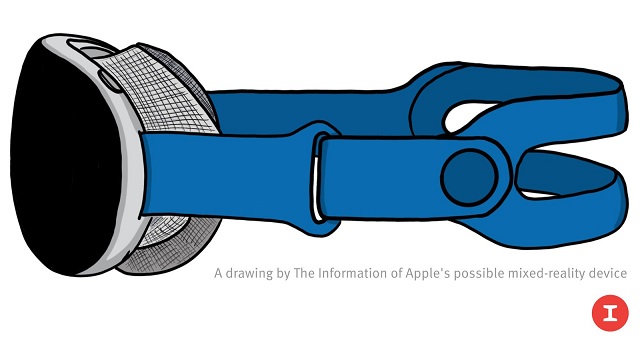 Noted Apple analyst Ming-Chi Kuo further revealed that the headset will come with 15 optical camera modules. While 8 of these 15 cameras will be used in the so-called “see-through” augmented reality functionalities, 6 modules will be employed for “innovative biometrics” on the headset. One camera module will do the work of environmental detection as well. Taiwan-based Largan Precision Company is believed to be the main supplier of the 15 camera lenses.

Kuo has further added that the integrated design will block peripheral vision to stop light from leaking into the wearer’s field of view. Besides, there will be an outward-facing visor built into the display to enable a user to show graphics to others.

In a typical Apple fashion, the VR headset will come with a custom-designed chip. The tech giant prefers to have a fully customized chip instead of a readymade one, unlike many other rivals, so I don’t think this news should surprise anyone.

So, the already robust-looking roster of Apple’s custom chips including W1 for AirPods, A14 Bionic for iPhone and iPad, and the newly-launched Apple M1 chip for Macs, will soon have a new member. The chip for Apple’s mixed reality headset will be incredibly fast (faster than M1) and more efficient than its rivals’ offerings.

Going by several reliable reports, Apple will launch a standalone App Store designed to offer content for gaming, video streaming, and video conferencing. Bloomberg describes it as an “all-encompassing 3-D digital environment” specifically created for gaming, watching a video, and communicating. Moreover, it will deeply integrate with Apple TV+ and Apple Arcade for a seamless gaming or media consumption experience.

Having already passed through many hurdles, Apple mixed reality headset is on track for release in 2022. A recent Bloomberg report, however, adds that the device may arrive sooner. The Cupertino giant is looking to unveil the headset at an in-person event later in 2021, says Mark Gurman. “It wants employees, the media, its partners, and developers in the room,” he adds.

Apple expects to sell around 180,000 units of the headset. Though the expected sales figure may not be huge, it is on par with that of the Mac Pro. And that’s what gives us enough indication that the mixed reality headset will be a luxurious item. The rumor mill suggests that it will be more expensive than AR/VR headsets from its rivals. Rumors suggest that it will launch at a whopping price of around $3,000.

That’s pretty much it! As the possible launch of Apple’s mixed reality (AR + VR) headset is still months away, a lot could change in the meantime. So we will keep on updating this rumor roundup to help you remain in the loop with more intriguing details about Apple’s headset. So, make sure to bookmark this post so that you can access it with ease.

By the way, what do you think of the Apple VR headset? Would you like to give the headset a try despite the extravagant price tag? Be sure to shoot your guesses and feedback down below in the comments section.